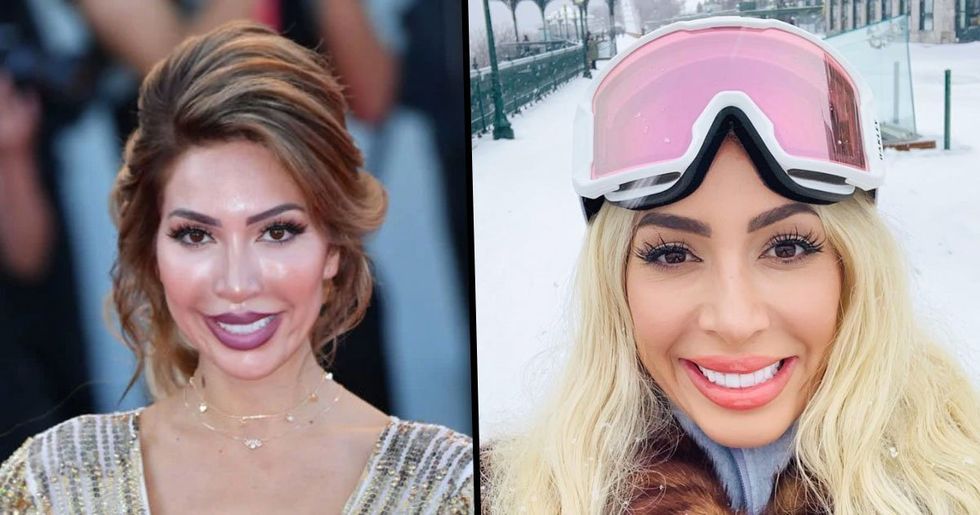 Farrah Abraham Explains What You Get for a $5,000 Date With Her

From pricey meet and greets to outrageous merchandise, it's no secret that celebs can charge a big buck for their name. After all, even those who have a six-figure bank account can become greedy for more.

But for former Teen Mom star, Farrah Abraham, she's taken this to new extremes by requiring potential suitors to shell out $5000 to wine and dine her. And these are no ordinary, casual dates...  the reality star runs a tight ship and there's a full-blown background process undertaken before the get-together.

Confused? Keep scrolling to see what exactly you get for the $5k date package and the real reason why she's charging a hefty buck.

But it seems she makes certain exceptions...

The Teen Mom star has begun charging potential suitors a whopping $5000 to take her on a date.

The star already charges fans for personalized videos and snaps...

So it comes as no surprise that she's expecting those wanting to wine and dine her to write out a check.

So, what's in store for those who aren't scared off by the hefty price tag?

It seems the star runs a very tight ship, as according to Abraham, all men are background checked and screened.

She also brings security with her...

Because you obviously can't be too careful.

And it seems she very much values chivalry.

Guys, take notes... Speaking to TooFab, when asked if women should ever pay for a meal while on a date with a guy, Abraham explained: "I would say that is a danger zone and women should really stay away from paying for any meals on dates. "Women in general, like they should have the doors open for them. Men need to prove their worth. Like why are men around if they're not doing the manly duties that they should?"

Abraham also explained why she charges men in the first place.

According to the star, she expects men to shell out because her time is "worth a lot of money." "You should always monetize your time," she said. "I mean you're monetizing online, why not in real life?"

So if you want her to take time out of her busy schedule...

... you have to cough up. "Honestly I don't really need to go on dates right now. I'm so focused on work and just everything I got going on. So yeah, pulling me away from what I love in my life, I think you can pay me for my time," the star explained.

But it doesn't look like they'll be many queuing up to date her.

It seems numerous internet users are baffled by her pricey date package and have branded the star as "desperate."

Others have called the move "embarrassing."

As far as money-making ventures go, we can't see this being her most successful.