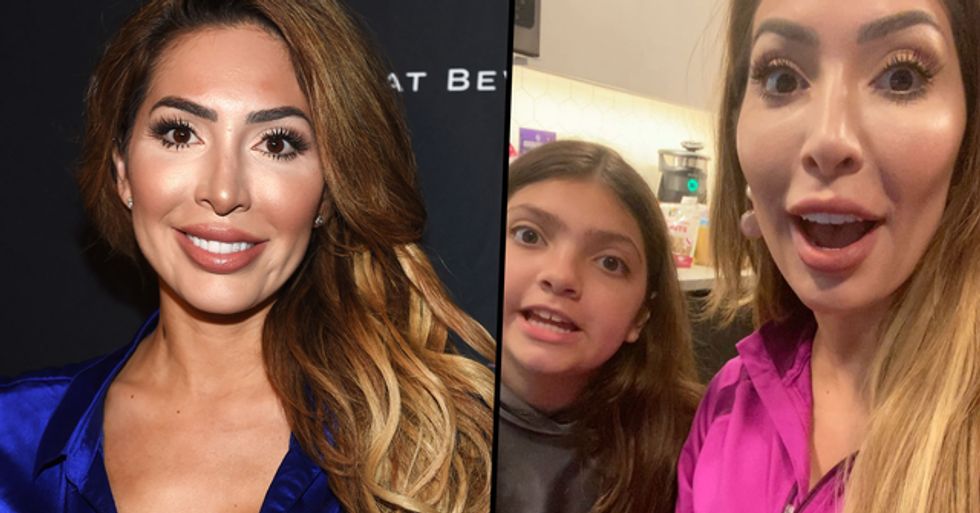 Former Teen Mom star, Farrah Abraham, is known for taking things to the extreme. She's never shied away from controversy, let's face it.

But her latest move has the internet in an uproar.

Farrah has never been one to shy away from controversy.

But her latest move has the entire internet feeling a little bit irritated - and concerned!

She shares a lot of her business on social media.

And her latest blunder might just be a step too far for some. And not for the first time...

Remember when Farrah was spotted doing some rather raunchy dancing?

And standing right next to her? Her ten-year-old daughter, Sophia?

Others found the situation more serious.

They were compelled to ask what was driving Farrah to do these strange things.

While some were worried about Sophia's welfare.

There were some wondering where Farrah would ever draw the line.

Farrah spoke out in her defense.

She released a statement to TMZ hitting back at the mom-shamers.

"She was over there making TikToks and having fun and dancing."

"The yacht's kind of big, so if some of us are in the front and we're just dancing and having fun — like my friend's playing his violin and his girlfriend's there."

"I didn't do anything that nobody else is doing."

"I actually think I live my life a little bit more conservatively than some people do."

She claims it's nothing her daughter hasn't seen before.

"We live in a household together, we are fairly open."

And she doesn't want to look back on her life with regrets.

"I think when I am single, gorgeous, young and beautiful, I would almost regret looking back at my life not living a happy, outgoing life, and I would definitely hope my daughter's never shamed to cover up herself, and not be her happiest."

For involving her daughter in yet another adult activity. She took Sophia along to a Botox appointment!

Farrah even shared the trip on social media.

It makes for a pretty weird watch!

See for yourself here!

Want to see another controversial Farrah moment? Scroll on for something truly embarrassing.