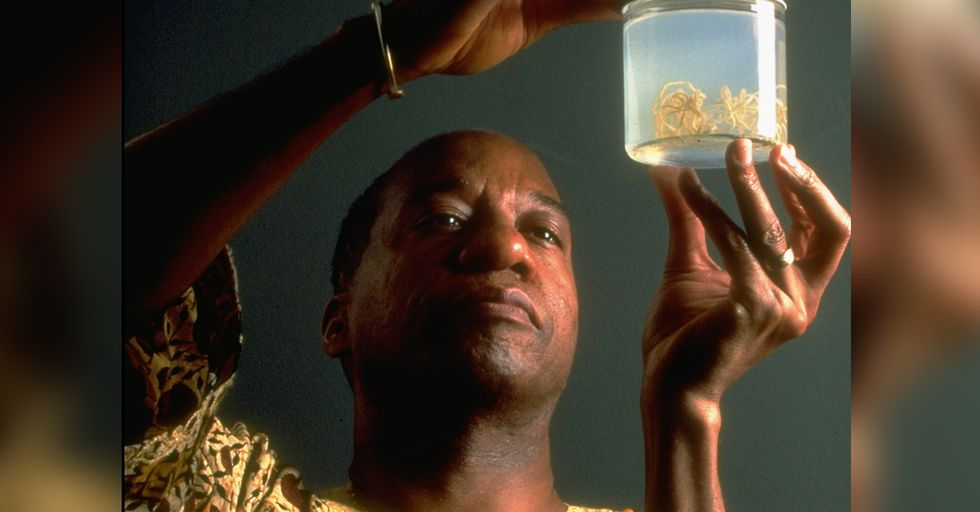 18 Fatal Diseases That Modern Medicine Has Kicked in the Butt

Modern medicine, the gift we all are eternally grateful for.

If it weren't for vaccines and antibiotics, we would all be running around coughing up a storm and swollen like a balloon.

Many serious diseases and viruses have been controlled due to modern medicine.

Although many of them cannot be cured, taking preventive measures is the key to avoiding contracting these diseases.

We've got a long way to go with healing diseases, but we've accomplished so much so far. Here are some diseases that modern medicine has punched in its contagious face.

Cases of measles have been reported in Fairfield and Liverpool. Be alert to the symptoms of measles which include f… https://t.co/3rSFvFawp7
— NSW Health (@NSW Health)1522298875.0

Although measles still have an occasional outbreak in the United States, it has heavily been eradicated. Its side effects can be long term and it is highly contagious. It is still widespread in countries like Africa and Asia. Measles can be prevented with vaccinations and early treatment by noticing preventative signs like the fact that you would be covered in itchy red bumps.

Guinea worm is a parasite spread through ingesting dirty drinking water. It can be especially harmful for children, causing them to lose muscles in their legs and feet which can lead to losing the ability to walk. Former president Jimmy Carter (what a saint) started The Carter Center and one of their main efforts was to eradicate Guinea worm. Due to successful treatments, the incidence of Guinea worm has been reduced by more than 99.99 percent to 30 cases in 2017. You go, Jimmy Carter, we do not deserve your goodness.

The vaccine for small pox was so successful that it actually was no longer needed. It might be one of the most well known diseases because of its intense outbreak and severe contagiousness. Today, people still get vaccinated when they are in areas that have higher exposure rates, which is smart because it is a pretty serious disease.

In 1955, Jonas Salk developed the first vaccine for polio and in 1961, an oral vaccine was developed by Dr. Albert Sabin. The oral vaccine has been the more popular option, especially among children. It has been eradicated in the Western hemisphere but there are three countries, Afghanistan, Pakistan and Nigeria, that still suffer from a polio endemic.

Rubella is highly contagious and should be taken very seriously. For young people and adults, the symptoms are similar to having a cold plus a bad rash. For unborn babies, this disease can cause blindness, deafness and brain damage, so pregnant women should take extra caution. In America, Rubella has officially been declared eliminated, but that is not the case for countries around the world.

Yellow fever is spread through mosquitos and can lead to a serious liver disease. It still exists in countries such as South America and Africa, but the vaccine can prevent this disease. A single dose of the vaccine provides life long protection so there's no excuse to run from getting this shot. It's worth it in the long run.

Also known as elephantiasis, this disease is carried by mosquitos that contain a parasitic roundworm. Lymphatic Filariasis occurs in about 100 countries in Africa and Asia. What's dangerous about this disease is that children usually contract it but symptoms don't show until they are adults, when parts of their body show extreme signs of swelling. The World Health Organization states that ten countries were acknowledged as achieving elimination of LF as a public health problem and the number is expected to rise.

Similar to Guinea worm, river blindness is a parasite that causes an infection in the host. It can cause intense itching, rashes and, just as the name proclaims, blindness. A medicine called Mectizan is known to kill the parasite in the body and prevent blindness. The Carter Center, full of living angels, is working on distributing Mectizan throughout countries with high levels of river blindness, like Latin America and Africa.

In the United States, there are vaccine and antibiotic options for treatment of typhoid fever. Symptoms include high fevers, stomach pains and rashes. Internal bleeding is also a symptom, but is less common. It is spread by contaminated food and water. Vaccines prevent it, but if you are traveling to a country with a high rates of typhoid fever without a vaccination, it can also be treated with antibiotics.

Also known as pertussis, whooping cough can be prevented with a vaccine. It has made a pretty serious comeback, and not the good kind, in the past couple years due to how contagious it is. Coughing is a fast way to spread these germs so if you know someone who has whooping cough, stay far away.

There are many types of pneumococcal diseases and the symptoms depend on what part of your body is affected by it. You can have pneumonia, meningitis or sepsis, just to name a few. A vaccine is a simple way to prevent getting this disease and suffering from its many symptoms.

TB is a serious lung infection that can be spread and caught through a sneeze or a cough. Someone with a weak immune system is very susceptible to getting TB. Again, a simple vaccine can protect you from contracting tuberculosis, especially if you are traveling to countries that have high rates of TB.

More commonly known as lock jaw and frequently thought of as the disease you get if you step on a rusty nail, tetanus disease involves a lot of painful muscle spasms that initially start in the jaw. Unlike other diseases, it is not contagious from person to person. Tetanus is usually found in dirt or dust that enters through the skin by a cut or abrasion. Children usually get tetanus shots before they enroll in school but it's important to keep up on your booster shots throughout your life.

The bacteria from diphtheria can be spread through sharing personal items and airborne droplets. Diphtheria was a big problem in the 20s. The U.S. recorded 206,000 cases of diphtheria in 1921 and 15,520 deaths. Before there was treatment for diphtheria, up to half of the people who got the disease died from it. There are four different vaccine options for treating diphtheria that can prevent your neck from swelling up like a balloon, so take your pick and avoid the swelling.

I get itchy just typing about the chicken pox. Before the vaccination, pretty much everyone got the chicken pox before they reached adulthood. Crazy contagious and crazy itchy, the chicken pox were just an expected part of everyone's childhood until 1995 when a vaccination came out. Now no one has to wear that pink cream or oven mitts to protect themselves from itching fits.

Rabies could make even Doug the Pug a vicious creature. Rabies is transmitted through the bite of a rabid animal and the symptoms are pretty intense. Foaming at the mouth, fever, hallucinations, paralysis. Yeah, it's intense. Thankfully, the U.S. has successfully controlled rabies among dogs, but it still exists for wild animals. Raccoons, skunks, foxes and coyotes have distinct strains of rabies, so don't go playing with your neighborhood skunk, even if you think it's kind of cute.

Commonly known as the Invasive H. flu, this disease can be contracted by bacteria spread through coughing, sneezing or speaking. It can lead to pneumonia and infections in your blood. The vaccination was invented in 1985 and is recommended for children under five because they are especially susceptible to this disease.