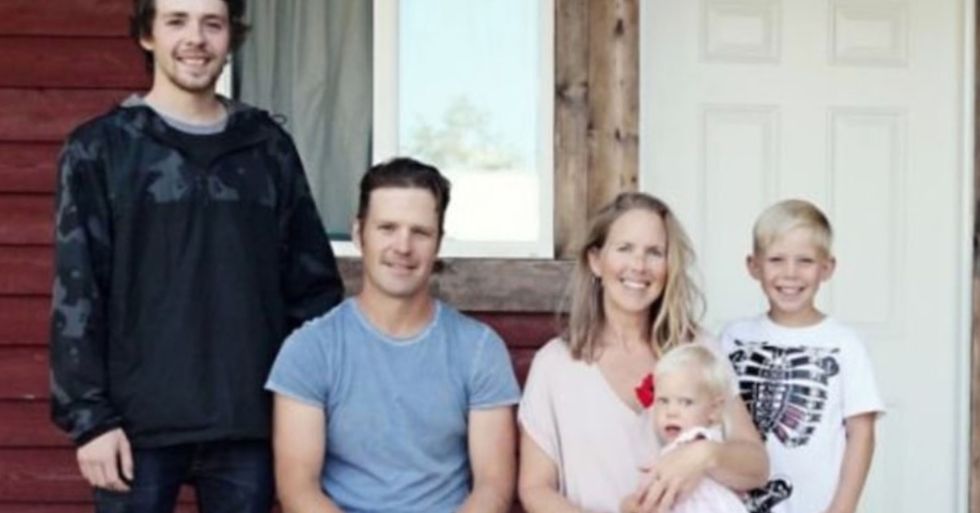 A father was forced to listen on the phone as a bear killed his daughter... in front of his grandson.

This is an utterly devastating story...

The large, unpredictable creatures can be a huge source of fear for those who come across them.

Bears have a better sense of smell than dogs and they love human food.

Well, this was the tragic reality for a Canadian mother recently.

Forty-four-year-old Stephanie Blais encountered a black bear outside of her family cabin in McKie Lake in Saskatchewan on Thursday last week... and her 9-year-old son witnessed the whole thing.

Stephanie's father, Hubert, was on the phone to his daughter when it happened.

Speaking to CKOM, Hubert recalled the traumatizing moment. "Stephanie and I were talking over her satellite phone. She called me to tell me that the waterline hadn't been working and that her husband had fixed it. She then told her son, Eli, to run inside [the cabin] and grab an antenna."

Little did he know that those would be his daughter's last words.

He described then hearing a "distorted gurgling" sound.

Hubert didn't at first realize what was going on...

"I stayed on the line for a few minutes before I hung up and tried calling again," he said, "The sounds were very disturbing. An attack crossed my mind but attacks are one in a million."

He stayed on the line and called for his daughter, but there was no response.

"7 minutes later, her husband Curtis called me and said that the bear had attacked Stephanie," Hurbert gravely explained. "He pepper-sprayed the bear, shot the bear twice, he attended to Stephanie and gave her CPR, but by that time she had no pulse."

Apparently, the bear was reluctant to let go of Stephanie.

"The bear wouldn't let go so he shot the bear until it let go," her distraught father said.

Eli, Stephanie's 9-year-old son, witnessed the entire ordeal from inside the cabin.

The boy's grandfather said bears were a common sight but they were never aggressive; the family never provoked them and were careful to never leave any food out. It is an utter tragedy.

And they deduced it had not attacked out of hunger as its stomach was full of blueberries, meaning it was likely a territorial attack. "It could have been so much worse," Hubert said, "The children could have been near her at the time of the attack."

Stephanie's heartbroken family have set up a GoFundMe page to raise funds for funeral costs and additional finances.

The page reads: "Stephanie was killed at the young age of 44 by an unprovoked bear attack in Northern Saskatchewan while at a family cabin with her immediate family. The cabin at McKie Lake has been in the family for 35 years. The family were wilderness and bear trained and experienced."

The funds will go towards helping Curtis rebuild his and his children's lives.

"The funds raised by this will go towards: -  Emergency flights -  Additional family costs with Curtis needing to be home for now -  Any other needs Curtis sees fit for their family - Anything over and above, college fund for the kids."

And we sincerely hope that the funds will help ease the family's pain.

Our thoughts and condolences go out to her family during this tragic time.