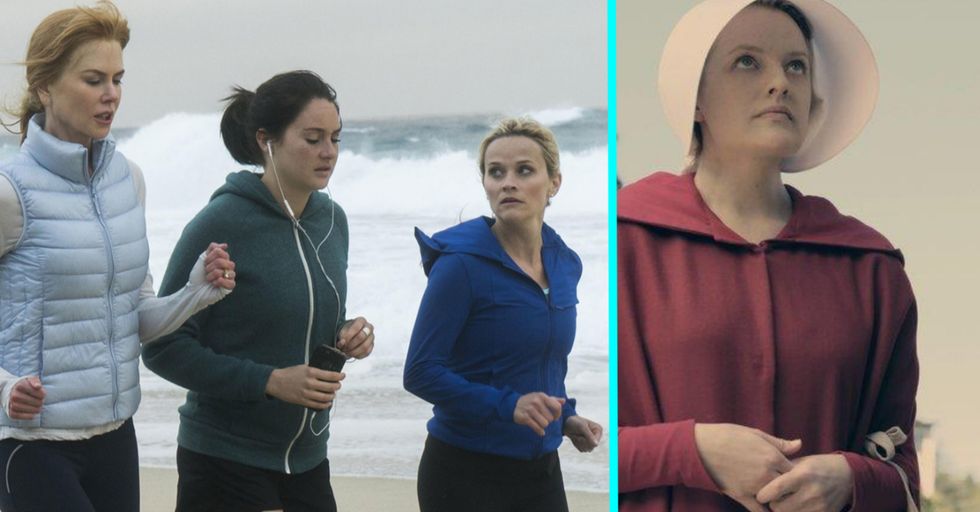 Female-Centric TV and Movies Are Sweeping at the Golden Globes

It was a female-powered night at the 77th annual Golden Globes.

The tone of the night was set on the red carpet, when the majority of guests arrived dressed in black as a silent protest against the continuing sexual harassment and assault scandals in Hollywood.

In his opening, host Seth Meyers made a joke about why he had been chosen instead of a woman.

“A lot of people thought it would be more appropriate for a woman to host tonight’s show, and they might be right, but if it makes you feel any better I have absolutely no power in Hollywood," Meyers said. "I’m not even the most powerful Seth in the room tonight," he added, then quipping about the other Seth – Seth Rogen. “Hey, remember when he was the guy making trouble with North Korea?"
From there, the night got only more woman-powered as female-led tv shows and movies swept the awards. One of the biggest stories of the night was the Reese Witherspoon-led drama Big Little Lies. The show was nominated for six Golden Globes and has, thus far, won three.
Alexander Skarsgård, who played villain Perry Wright in the miniseries, won best supporting actor, while costar Laura Dern clinched the award for best supporting actress. Nicole Kidman started off the night by winning best actress in a mini-series.
Another big female-led drama of the night was The Handmaid's Tale, which secured three nominations for the night, and won two – Best Drama TV Series, and Best Actress in a Drama TV Series, which went to Elizabeth Moss for her tour de force performance as Offred, the titular handmaid.
Other winners included Allison Janney, who won Best Supporting Actress in a Motion Picture for her role as  as U.S. figure skater Tonya Harding’s abusive mother in the film I, Tonya, Martin McDonagh for his screenplay, Three Billboards Outside Ebbing, Missouri Billboards, which follows Frances McDormand as a determined mother who places three billboards outside her small community when her daughter's murder remains unsolved. Keep 'em coming, ladies.