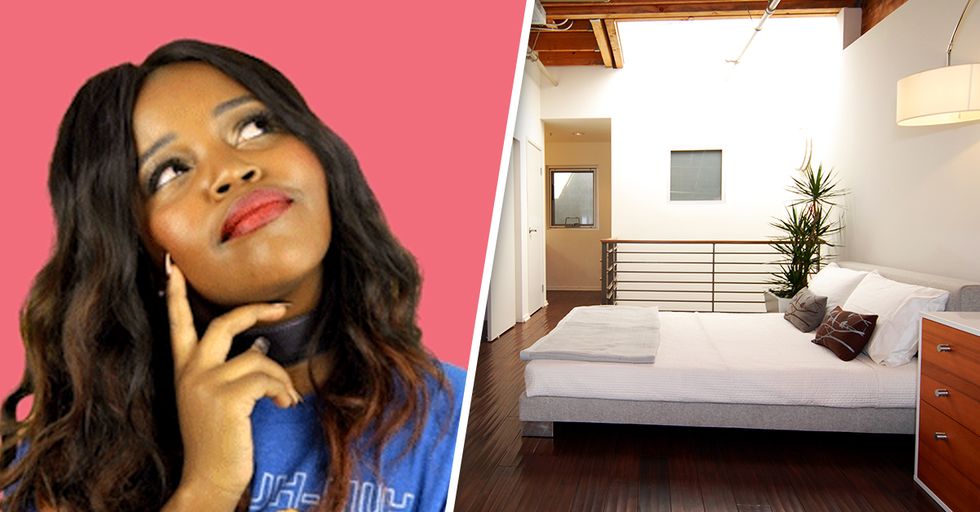 Feng Shui Basics for Balancing Your Home and Life

Feng Shui is an ancient Chinese discipline that spans back thousands of years. The term translates to “wind-water” and symbolizes the architectural arrangement of objects to harmonize qi, or the elemental energy between the universe, earth, and body that traditional Chinese medicine purveys.

Feng Shui has an interesting history. Although it's widely considered by Western culture to be a pseudoscience, there may be a good reason that this tradition has survived thousands of years. After all, the concept of “qi” is iterated in a vast number of cultural histories, from the Hindus to the Greeks, which all assert the necessity and existence of a spiritual energy.

This article will explore the many facets of Feng Shui: its evolution, principles, and how it can actually make a difference in your life.

What exactly is Feng Shui?

Although briefly covered, Feng Shui’s definition is rooted in several ancient Chinese concepts worth explaining. Feng Shui seeks to balance qi (the energy present in the universe) through aligning structures with natural formations, properly arranging objects within a space, and incorporating appropriate colors to channel correct energy. Broadly speaking, qi is composed of the opposing forces yin and yang. Yin symbolizes depth, the covert and concealed, femininity, darkness, and the moon. Yang is the opposite – the overt and open, masculinity, light, and the sun. Achieving the nexus in this duality is pure qi.

The earliest evidence of Feng Shui dates back to 4,000 BCE when the Neolithic Yangshao and Hongshan societies of China positioned the doors of their Banpo dwellings to orient with the star Yingshi just after the winter solstice.

The mosaics of the tomb depict the “Dragon" and “Tiger" stars along with the Beidou, or the Big Dipper, and are aligned a north-south axis.

How did the ancient Chinese successfully align their architecture and tombs with celestial bodies? What tools did they use to hone their Feng Shui practice?

The relics of Feng Shui actually predate the advent of the magnetic compass, so tools such as the gnomon and the liuren astrolabes were used. A gnomon is the portion of a sundial that casts a shadow and a liuren astrolabe is a two-sided board with astronomical sightlines.

As technology advanced, simple astronomical tools were supplanted with the Luopan or Chinese magnetic compass.

This differs from a traditional magnetic compass in several important ways. First, it is a south, not north-pointing compass, and it contains markings for 24 directions instead of the typical 4 or 8. This precision tool allowed users to mark where and how to erect their various structures.

So is Feng Shui Really that Unrealistic?

Feng Shui is also referred to as geomancy, meaning “earth divination" and is classified as a physiognomy, or making judgments based on formulas and observations. These two terms accurately blend Feng Shui concepts because although its tenants appear to be strangely “woo-woo," how it’s practiced is based on scientific realities, like the earth’s magnetism.

Now that the history of Feng Shui has been fleshed out, we can move on to the more exciting stuff, the “how-to" of Feng Shui. It

It begins with understanding the subdisciplines of Feng Shui and the concept of "bagua," or the energy map of a space, that is integral in all Feng Shui practices.

Bagua is a Chinese word that translates to “8 symbols" and is represented on an octagon shaped map.

That said, there are actually 9 components to a bagua map, as the extra one is tucked inside of the octagon. They are as follows: Fame, relationships and love, prosperity and wealth, family, health, spirituality, career, children and creativity, and travel and helpful people.

Each of the 9 components of a bagua map is assigned to a side of the octagon and a corresponding direction.

Fame corresponds to the south, relationships and love to the southwest, prosperity and wealth to the southeast, and family to the east. Health is then located in the center, while knowledge, and skills to the northeast, career to the north, children and creativity to the west, and travel and helpful people to the northwest. How one uses a bagua map will depend on what school of Feng Shui they subscribe to, but more on that later.

Because the front door faces the south in traditional Feng Shui buildings, the front of a home corresponds with fame and reputation and is embodied in the color red and the element of fire.

This encourages a heavy emphasis on bright, warm colors in this corner of a home.

Love and relationships align with the southwest direction and are in the realm of the fire and earth and are expressed through muted, warm shades of color.

It’s encouraged that this component of a room or home is provided with fire elements as well, such as candles. Objects and art should avoid water and metallic elements.

The west embodies children and creativity and correlates with the elements of earth and metal.

To nourish these components of your life, decorate the west side of a home or room with white and gray or art that captures a landscape or mountains.

Travel and helpful people are found in the northwest direction and are transmitted in the element of metal.

It’s important in this corner of a home to express gratitude and engender greater blessings, so mounting inspiring photos or other art that embodies these themes is encouraged.

The north direction focuses on career and is found in the element of water.

In Feng Shui principles, metal and water nourish one another so it is acceptable to use metallic elements in this corner of a home, as well. Using large mirrors with metal frames, incorporating the colors black and white are also beneficial. Of course, using a fountain or another water element is also auspicious.

The Northeast direction examines spirituality and personal growth and corresponds to the earth element.

The East direction is compatible with the family and can be expressed using earth, wood, or water elements and colors.

Using bright lights in this corner of a home is encouraged as well as displaying family photos and family tokens.

The East direction also relates to wealth and prosperity and is found in the element of wood.

Browns and greens are auspicious colors to incorporate and if desired, water elements can also be used. This corner of the home should also be decorated with objects that carry true meaning to the inhabitant, as wealth and prosperity are not entirely about money.

The center of a bagua map embodies health and is not a specific location in your home per se, but rather the representation of the harmony of the other 8 elements in a space.

That being said, one can choose to tie the center of their home together with certain elements to strengthen this aspect. As the center corresponds with the heart in biology, “opening the heart" in the center of a room using open space, light, and brightness is encouraged. This is more of a yang energy, overall.

Principally, there are three schools of Feng Shui: the Form School, the Compass School, and the BTB school.

Each one has overlapping concepts, but differ in what components they emphasize.

The Form School of Feng Shui

This is the oldest Feng Shui practice, as it predates the magnetic compass. It’s evidenced in texts from the Tang dynasty, beginning in 618 CE. Those who subscribed to the Form School of Feng Shui drew meaning from their surroundings by simply interpreting the land and various formations around them. Arguably the most famous practitioner of the Form School is Master Yang Yun Sang, who left numerous classical texts on Feng Shui behind after his death.

Land Formations in the Form School

Water and mountains are key land components in the Form School, as an ideal structure would be situated with mountains in the back and sides of a home and water and a broad view in the front. Naturally, this isn’t entirely practical in modern times, since many people now live in cities, with neither mountains or water in sight!

The Form School: The Five Animals

Contained in the Form School are references to five important animals and their corresponding colors: the yellow snake, the black turtle, the red phoenix, the green dragon, and the white tiger. Each animal also symbolizes a direction and an element.

The yellow snake in the Form School of Feng Shui corresponds with the center direction and the element earth. The yellow snake is used to refer to the central subject of a setting, thus anchoring the other four animals. The snake is considered a diligent and intelligent animal, constantly surveying its surroundings and shedding its skin. These attributes translate to the seat of intelligence and power in a setting, as well as the need to continually upkeep a space.

The black tortoise represents the north direction and the element of water. It symbolizes protection, strength, and stability and is therefore often placed in the back of a south facing home. Structurally, the tortoise can be represented by rolling hills in the back of a home or building.

The red phoenix symbolizes the south direction and the element of fire. It requires space and mobility to fully express its nature and is the opposing force to the tortoise. By itself, it symbolizes yang energy but when paired with the dragon, it reverts to a feminine, yin energy. Because homes that adhere to the Feng Shui principles face south, the red phoenix is typically allocated to guard the main entrance.

The green dragon embodies the east direction and the element of wood. It is a prominent yang energy, representing exuberance and prosperity. As such, it is often placed in the office or other high activity areas of the home.

Lastly, the white tiger correlates with the west direction and the element of metal. It’s forceful and daring, and perhaps more irascible than the dragon. It is thought to be a more yin energy and is thus placed opposing the dragon symbolizing object in Feng Shui principles.

The Compass School of Feng Shui

As the name implies, the Compass School of Feng Shui uses a compass to direct the energy of a home, whereas the BTB school automatically assigns the front door the south direction. It’s important to note that the Luopan, a special south oriented compass used in Feng Shui is employed, not the typical north oriented compass.

The BTB school, short for the Black Sect Tantric Buddhist School of Feng Shui, stands in contrast to the Compass School because it does not use a compass to direct and balance qi. It was developed in the 1980’s by a Chinese Grandmaster Thomas Lin Yun. This school is influenced by Tibetan Buddhism, Taoism, and Classical Feng Shui.

Evidence for Feng Shui is scant, as my hunt for well-constructed research was unsatisfactory (probably not surprising, considering that it’s a pseudoscience).

That said, there isn’t any conclusive evidence that the practice doesn’t work, so if you’re interested in participating in an ancient Chinese tradition, I say go for it! Just don’t expect fame and fortune to come knocking at your front door since you painted it red.