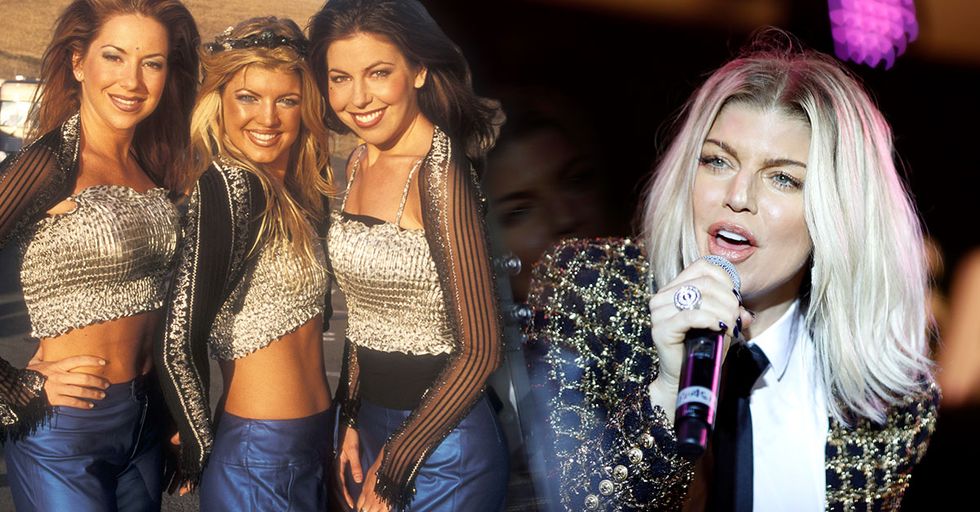 America is in the grip of a health crisis. Opioid drugs – that is, narcotic pain medications which induce feelings of euphoria – have become the third most commonly abused substances in America after alcohol and marijuana. Donald Trump even declared the opioid crisis a "health emergency." But with all the constant (and much needed) discussions surrounding opioids, we forget that there are other drugs that are just as damaging. Namely, methamphetamine, of which, the most commonly used form is the drug crystal meth.

Songwriter, actress, and former Black Eyed Peas singer Fergie – full name, Stacy Ann Ferguson – spoke to iNews about her addiction to crystal meth in the years before she became a part of the Black Eyed Peas. The details are shocking.

Meth is a HIGHLY addictive drug.

It floods the brain with dopamine, a chemical that elicits feelings of pleasure. The high is so strong, many people get addicted from using it just once. Even worse, tolerance quickly builds up, so people have to use higher and higher dosages to experience the same feeling they once did.

But higher doses are more dangerous for a drug that's already so deadly, the side effects can literally be lethal.

Meth raises a user's body temperature so high they can fall unconscious or die. It puts users at higher risk for HIV/AIDS as it lowers their inhibitions and makes them more prone to making risky decisions.

Even physically taking the drug, especially via the needle route, puts users at higher risk.

Meth users also develop pockmarked skin because they experience sensations of insects crawling over their skin and pick at them. Meth causes hallucinations, and makes your teeth fall out since it causes bruxism – teeth grinding – and dry mouth, as well as unhygienic dental practices, a fatal combination for your pearly whites.

Meth is the last substance IN THE WORLD you want to make a habit of using.

But many people do because they see it as a party drug, a way to induce feelings of euphoria and well being. Others use it lose weight, since meth controls or even eliminates appetite. People even use it as an aphrodisiac, since meth can cause users to engage in sexual activities for days on end.

For those of you who might be intrigued by these effects, here's a sobering picture.

Usually, we dislike posting graphic images, but in a post like this, where we're discussing very serious issues, we want to make sure that people understand that no "perk" or "nice side effect" of meth is worth the consequence. Meth destroys lives, damages families, and it just straight out kills.

Fergie herself acknowledged this during an interview in 2006.

Meth was "the hardest boyfriend I ever had to break up with," the singer said to Time magazine. "I dug deep as to why I got there. It's the drug that's addicting. But it's why you start doing it in the first place that's interesting. A lot of it was being a child actor, I learned to suppress feelings."

Fergie is certainly not suppressing feelings any longer because she's out with a new solo album.

It's called Double Duchess and it's her first solo outing in a decade. As she sat down with Nick Levine of iNews, the singer came clean about her journey to getting clean.

This was during her days in pop girl group Wild Orchard. In a 2012 interview with Oprah, the singer revealed that she started by taking ecstasy.

"I got into a scene," Fergie said, "I started going out and taking ecstasy."

"From ecstasy it went to crystal meth. With any drugs, everything is great at the beginning, and then slowly your life starts to spiral down. [I was] 90 pounds at one point."

From there, things only got worse.

“At my lowest point, I was [suffering from] chemically induced psychosis and dementia. I was hallucinating on a daily basis. It took a year after getting off that drug for the chemicals in my brain to settle so that I stopped seeing things. I’d just be sitting there, seeing a random bee or bunny."

Fergie kicked the habit after one year, however.

"What got me through it was a lot of therapy, soul searching, discovering why I took the drugs in the first place, because that’s really what it is," she said.

Fergie, who was raised Catholic, says she was so distraught by her addiction, she went to church in an effort to find some peace, but that was when things got dicey.

Fergie says she experienced a revelation once she went outside.

"I went outside of the church...and there was no SWAT team, there was no FBI, just me and God. And I kept my promise. That day. That was it." Good for you, Fergie! Also, don't do drugs.