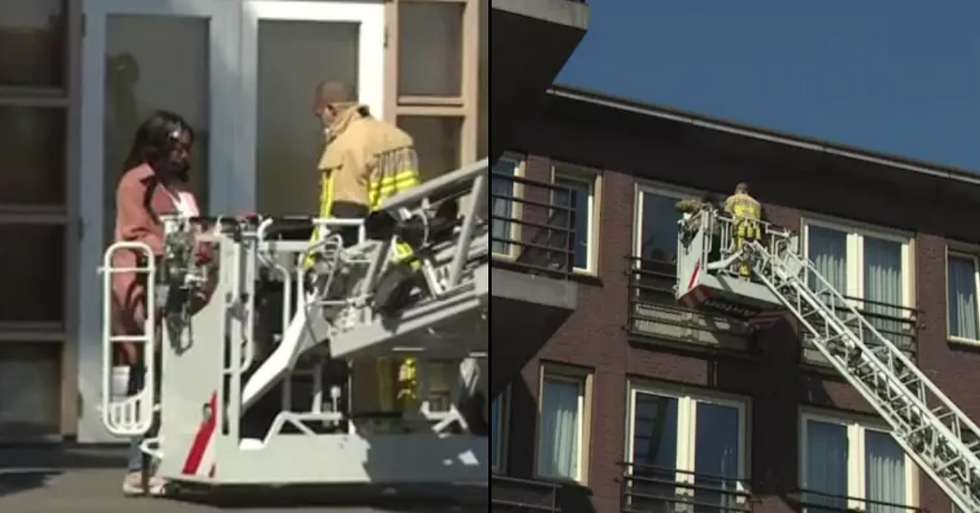 Heartbreaking news seems to follow heartbreaking news at the moment. But one story of a family saying goodbye to a loved one through his fourth-story window has truly broken the internet's heart.

And the USA hasn't been faring much better.

As it stands, in the States a terrifying number have been infected with the virus.

A former NYPD Sergeant has dropped dead near the intersection of East 77th Street and Park Avenue at 6am Monday morning after forcibly discharging himself from hospital.

The hospitals of the city are feeling the pinch.

And it seems the officer had had enough.

Sgt. Yon Chang had taken himself to Lenox Hill Hospital.

But he wasn't there for long before walking out once more.

Chang had served on the NYPD for 20 years.

And he spent bis last 8 of them as a sergeant before retiring in 2014.

And there's been another horrific story to hit the news today.

Netherlands resident Henry Nijhove was suffering from the virus and warned he was unlikely to see his family again. But the fire brigade came up with an innovative solution.

Granddaughter Chante called the services to beg for help.

"I decided to be a bit naughty and contacted the fire brigade. I didn't write any fancy letters, I just called them and told them the story," she told  AT5.

"You would prefer to give someone a kiss one last time, give them a pat and stuff like that, but well it's better than nothing and I'd rather have this than video calling because here he can still see that you are physically there."

"I have no words to express how grateful I am that this was even possible and that we were allowed to do this. It's like I said, we are a really close family, and my grandfather is really everything to us." But in spite of the dire consequences of spreading this virus, it seems some people still aren't getting it. Scroll on for one extreme measure to prevent California residents from breaking lockdown ...