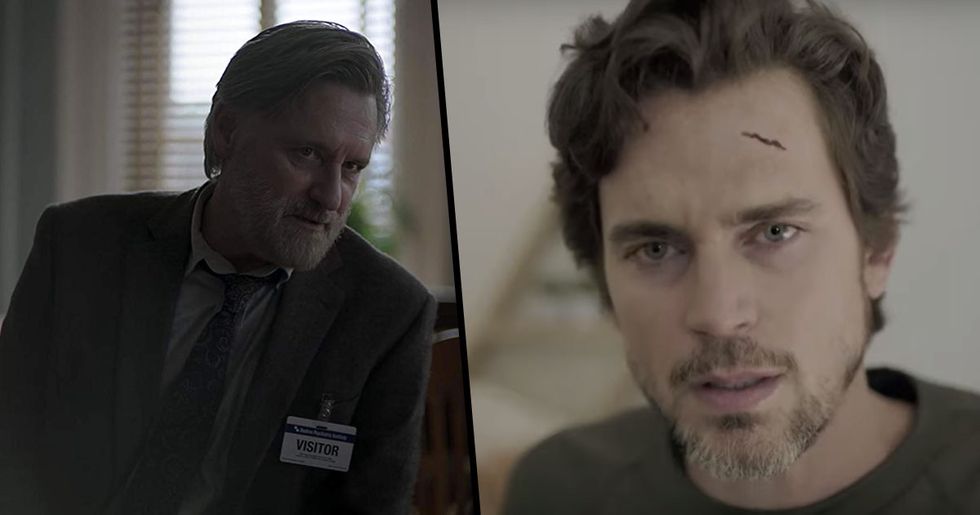 Crime-themed TV is all the range right now. From true-crime documentaries to fictional renditions of heinous incidents, the world is suitably hooked on the nail-biting genre.

But, when crime drama The Sinner hit screens in 2017, it compelled audiences in a whole new way. With its deliciously dark twists and turns, cleverly executed unpredictability, and all-out gripping performances from an impressive ensemble cast, the anthology mystery series quickly achieved critical acclaim.

The show, which wrapped up its second season last year, has been renewed for a third season, and true to its mysterious nature, there hasn't been an awful lot of information about it. But, this month, fans have been treated to a tantalizing first look at the disturbing new crime that Detective Harry Ambrose will be investigating this time.

Keep scrolling to get the first look at the harrowing premise for the new series.

Praised for its complete unpredictability, compelling nature, and knack for having us all on the edge of our seats, the fictional crime drama centers on the premise of investigating what drives normal people to commit brutal and disturbing crimes. All in all, its a show that focuses on the why, rather than the who, because we find out who the "who" is within minutes of tuning in.

The drama began as a limited series.

The show aired in a limited capacity on USA Network before moving over to Netflix worldwide. But, due to its profound success, the network renewed it for a second (and now third) season.

There have been 2 eight-episode seasons so far...

And both, which have separate storylines, have proved pretty popular with fans.

Season 1 kicked off with a disturbing scene.

We were plunged right into the deep end when we watched Cora Tannetti (played by Jessica Biel) who is at the beach with her husband and young son, brutally stab a man named Frankie Belmont, to death, unprovoked.

But, Cora has no memory of what she did...

Leaving it up to Detective Harry Ambrose (Bill Pullman) to uncover the reasoning behind why a seemingly ordinary woman would fatally stab a man she didn't know to death.

Cora confesses to the murder straight away and pleads guilty to second-degree murder to avoid trial...

But Detective Ambrose chooses not to close the case and calls for a competency evaluation to determine whether Cora was mentally stable at the time she committed the heinous offense.

As viewers, we were in for some pretty intense twists and turns.

Turns out Cora did know the guy she stabbed, admitting that she had a one night stand with him in 2012. But, Frankie's father insisted his son was in California in the summer of 2012 and there was no way he could have met Cora. As we moved to the halfway point in the series, things were ramped up a notch when Cora’s husband Mason and a man called JD - who Cora actually had the one night stand with  - were arrested and questioned.

Soon, Cora's memory starts coming back, proving that this was much more than the classic "who done it."

And with it comes a whole host of disturbing new details, and little by little we learn that Cora isn’t just a murderer but a victim of emotional, psychological, and sexual trauma.

By the finale, viewers were left rattled by the events.

In the explosive conclusion, we learned that Cora’s sister Phoebe did die the night she went out with Cora and her friends, but from a drug overdose at the hands of Frankie, the guy Cora murdered. Oh and all that memory loss? That was Frankie’s dad, who, in a bid to protect his son, drugged Cora repeatedly, intravenously, so she wouldn’t remember that Frankie accidentally killed her sister and buried her in the woods.

The season wrapped up with Cora having her sentence reduced due to her mental state.

She was then transferred from prison to a psychiatric facility to receive help.

Just as we'd started to recover from season 1, season 2 dropped.

And this time it was set to be even more disturbing.

Season 2 also focused on a murder, but this time, it was committed by a child.

The season starts off with parents who have been murdered by their eleven-year-old son named Julian with no apparent motive.

But of course, there was a mind-bending story behind the crime.

Detective Ambrose realizes there is nothing ordinary about the boy. Firstly, he was born in a cult named Mosswood, secondly, those people he killed? Yeah, they weren't his parents like we all thought.

They had actually taken Julian...

Vera, who we find out is his mom, is part of the cult and is very sketchy, to say the least. But we soon realize that even she isn't his birth mom, and it's in fact a woman named Marin, who had enlisted the help of her friends Bess and Adam (who Julian ended up murdering) to get her son back to her. Yep, pretty complicated.

Fans will be delighted to hear that season 3 has now been given the green light.

USA Networked confirmed the news that the crime drama had been renewed for a third season earlier this year.

The new series will once again follow Detective Ambrose and his pursuit of understanding the "why" behind the crime.

The latest stand-along story will revolve around a fatal car accident and the disturbing case behind it.

The crash is said to pull Detective Ambrose into "the most dangerous and disturbing case of his career."

Matt Bomer will star as Jamie, "an upstanding Dorchester resident and expectant father who looks to Ambrose for support in the wake of an accident," Chris Messina stars as Nick Haas, Jamie's college friend, and Jessica Hecht plays Sonya, a painter who gets involved in the case when the car accident occurs on her property.

Fans have been treated to a tantalizing first look of the upcoming season.

Jessica Biel, who starred in the first season, is an executive producer on the series - and this time around it looks like even more of a bloodbath.

It may have only been twenty seconds of footage, but we'll take all we can get.

So, when will we be able to watch the new season?

There's no official release date as of yet, but according to the trailer, we will be expecting the new season to drop sometime next year, probably the latter half. But, while you wait for the new season to drop, keep scrolling to find out more about another gut-wrenching crime drama that people can't stop watching.