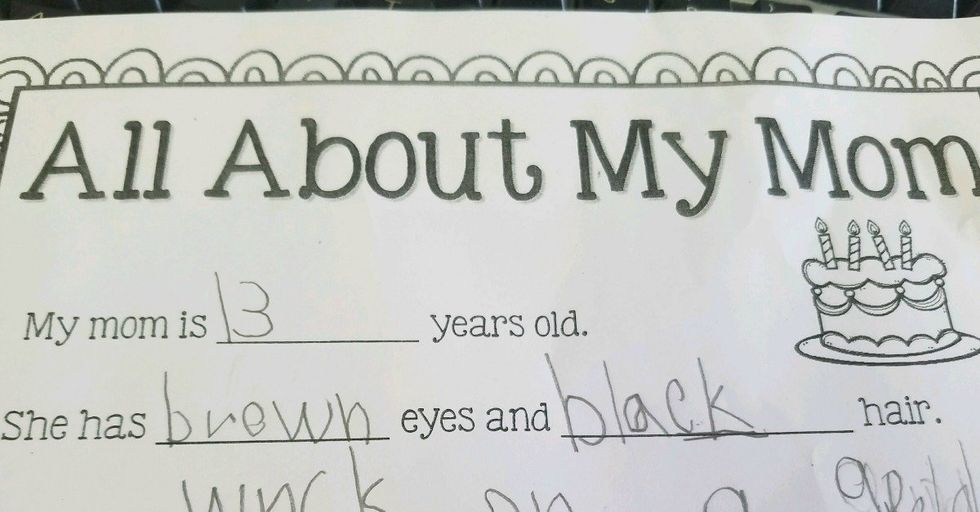 Kids are so innocent, or so they would like us to think. And when it comes to learning how to write and spell, that's no easy task for them when they're first learning.

But for those of us "mature" adults, their mistakes can be kind of hilarious.

Take for example this assignment completed by Reddit user desmondsdecker's friend's first grader, which asks the student to write in facts about their mom.

Some of the answers were on point, others were hilarious, and one was, just, not ok.

Let's analyze this: The age thing is actually a bit concerning math-wise, but I guess it's flattering coming from a little kid. "She has brown eyes and black hair." Seems normal enough. When asked her occupation, the kid wrote that she "works on a iPad" apparently, although I thought "gpeld" was something I just didn't know about. Finally, mom loves to eat, "penus." Just a little bit awkward.

Have fun at parent-teacher conferences, Mom!