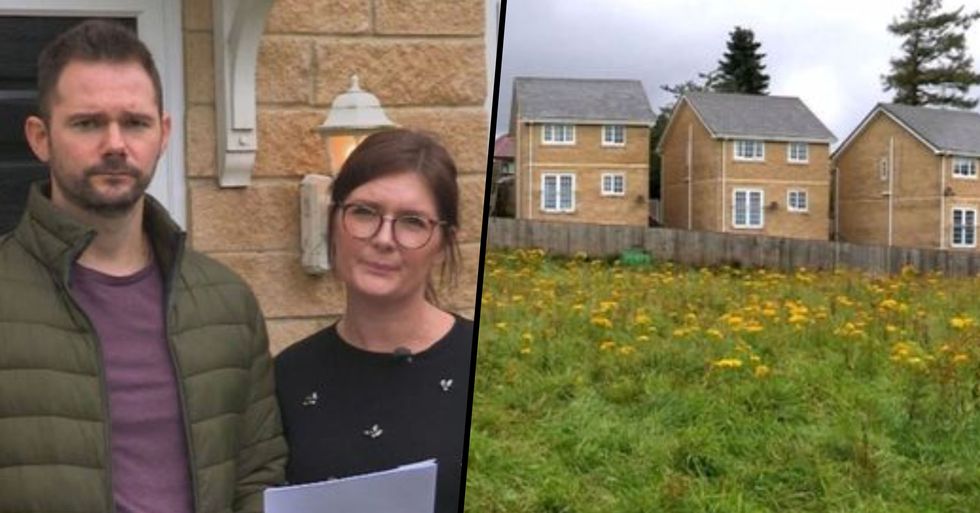 First Time Buyers Find Their New $170,000 House Is Worth Nothing

Lots of first-time house buyers have recently been given the news that their new $170,000 properties are worth nothing on the market and of course, the news has been devastating for families.

Your first day at a new job, or your first kiss or whatever it is, you're bound to feel the pressure of the situation.

But nothing can compare to buying your first home.

Making the decision that you want to settle down is hard enough, but also cementing that by buying your first ever property?

There's so much you have to think about...

Finding the perfect place doesn't come easy; there are so many factors you have to take into consideration.

The location, the build, the price...

It can be a lot for one person, or even a couple to deal with.

But imagine you've finally decided on a place and signed the contract only to discover something sinister...

And the people that you trusted to help you discover these potholes also let you down. What would you do then?

Well, first-time buyers in the United Kingdom have had to experience hell after finding out that their properties are worth nothing.

New build homes have suddenly been thrust into the spotlight after house buyers discovered that some of them aren't even worth a single penny due to building complications.

Meet Chris and Steph Oliver, a couple that are currently experiencing this torture.

They decided to buy a three-bedroom build in Bradford, UK for approximately $170,000 using a government scheme available for British property-buyers.

In 2015, after their mortgage term expired, they found some serious issues with their house.

When the property was built in 2014, it underwent a major error which meant that if it had to be valued in the future, it wouldn't even be worth a single penny.

They decided to speak out about it on a TV show, to help warn other couples who could fall into the same predicament.

They said this: "It’s a mess. We feel let down by the systems in this country. "There have been so many people who we should have been able to trust and rely on and no one wants to help."

It was soon discovered that thirteen other homes in the area have also been devalued.

The company behind the build, Sherwood Homes, went into administration, which meant that there were thousands upon thousands of dollars worth of damage left for the families to deal with.

"We were in a state of panic," Chris said.

He continued: "We tried to contact Sherwood Homes. There was no reply. They stopped answering phone lines and emails."

Another family of 3 also found themselves in the same boat.

Adeel Azfal, who lives with his partner and their two-year-old daughter bought their house for over $200,000 only to find out that it is also worth nothing if they ever wanted to re-mortgage it.

"When we realized it was worth nothing it was a shock."

"We’ve got a young family. My partner doesn’t work so we are tied into what we thought would be our forever home," Afzal said. "I’m in £150,000 worth of debt to my mortgage provider and I’m paying for a house that’s worth nothing at all."

One of the many problems with the houses is that they're on a former landfill site.

After some checks, it was found that the area gives off methane gas fumes, which can be lethal if they are combined with other gasses.

And the builders were supposed to sort that problem out before putting them on sale.

A "membrane" was supposed to be fitted to reduce this harmful gas but there is no proof that is has been put there. The only way to verify the issue is to rip up all the flooring and have a look.

Which company doesn't have the paperwork for important things like that?

And it seems as though a lot of other people in the comments have experienced similar problems or know of home-buyers that have.

So the lesson of the story here is: Find out every detail before you go ahead.

You don't want to get yourself into something like these couples did. If you want to read about a slightly happier story about creating the perfect home, then keep scrolling...