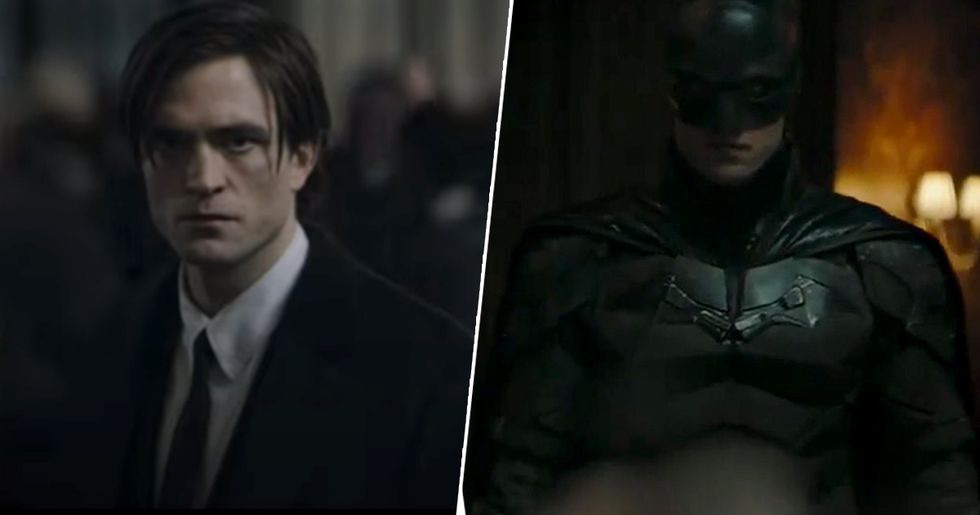 First Trailer for Robert Pattinson's The Batman Is Finally Here

In a world where Avengers: Endgame is the biggest money-maker in movie history, there is no role more highly coveted by our best actors than Batman. If duds like Captain America and Ant-Man can be made into such incredible and popular characters, think about what could be done with what is objectively the greatest superhero of all time.

Last year when it was revealed that none other than the world's most handsome fellow (honestly, there was a study), Robert Pattinson, would be starring in the role fans went absolutely wild.

And now the first trailer has finally dropped and it is INTENSE.

The Batman trailer is finally here!

After a year of waiting, we can finally take our first glance at the new Batman trailer - starring Robert Pattinson in the title role. But first, let's talk all things Batman.

We Batman fans have had a rough go of it lately. Justice League was a bit of a mess, and seeing Batman v. Superman was maybe the worst I've ever felt in a movie theater. In fact, not since 2012's The Dark Knight Rises have we seen a truly great Batman on screen. That Batman beat up Bane, climbed out of an inescapable pit prison, and flew a giant bat-plane over Gotham. That movie ruled.

And it's not his fault. The guy was done a disservice by his script and director, because yo, Ben Affleck was a great choice for Batman — he's both moody and kind of affable! You can buy him both as a vengeful vigilante and kind of a hero. If there was any knock against the Dark Knight trilogy's Batman, it was that Christian Bale also starred in American Psycho and could therefore never be seen as a hero.

Those three movies were, in their own little ways, perfect. Where Batman Begins lacked in villains, it made up for by having the most interesting and grounded Batman origin story we'd ever seen, movie or comics. The Dark Knight is maybe just overall the best movie ever made, with Heath Ledger playing one of the most iconic villains in movie history. And The Dark Knight Rises is bonkers. Just before Bane blows up a football stadium, he stops and comments that the little boy singing the national anthem has a lovely voice! Why? Why does he do that? What a crazy detail. That movie rules.

And last year, Twilight's Robert Pattinson was revealed as the new Batman.

Variety had the exclusive, reporting that yes, Robert Pattinson will be our next Dark Knight. And with his sultry stare and haunted eyes, I think he is, visually at least, a great choice.

I wonder if Affleck gave Pattinson any advice?

Pattinson has a lot to handle. Batman is a tough role, since you have to not only be a good Batman...

You can hate Batman Vs. Superman all you like (and believe me, I do), but Ben Affleck did do a pretty great Batman. And yes, I do base that entirely on the fact that he's the only one who had white triangles for eyes like the comic book Batman. That's tight as hell.

... but be also a good tough guy Bruce Wayne.

And that frightened, broken child has to act like a d-bag at all times, unless someone piece together he's the Batman. The secret's out if he slips up and gives a dollar to a homeless man even once.

It's three characters in one!

The only actor we can definitively say would make a good Batman is Eddie Murphy. You know how some Major League ballplayers practice with weights on their bats, so when they get out into the game their bat is suddenly lighter? That's what Eddie Murphy was doing in The Nutty Professor — playing four or five characters so he could more easily play three.

Pattinson is one of Hollywood's biggest stars.

What could Pattinson's performance as Cedric Diggory, the Hufflepuff prefect who competed against Harry in the Triwizard Tournament during Harry Potter and the Goblet of Fire, tell us about how he'll play Batman?

And of course his role in Twilight too.

So after almost a year of speculation.

Now, we can finally see what Pattinson's Batman will actually look like - after the trailer dropped just hours ago.

The Batman has got an a huge cast.

Not only does it star Pattinson, but also Zoe Kravitz as Selina Kyle/Catwoman, Jeffrey Wright as James Gordon, Colin Farrell as The Penguin, Paul Dano as The Riddler, John Turturro as Carmine Falcone, Peter Sarsgaard as District Attorney Gil Colson, and Andy Serkis as Alfred Pennyworth.

It was initially scheduled to arrive next summer.

But as a result of COVID, things have been slightly delayed. It's now expected around fall 2021.

The trailer is intense.

Showing a grimy, dirty, and dangerous Gotham City, the trailer certainly lives up to the hype.

Check it out below.

As you can probably imagine fans are going wild for the new trailer - and it's easy to see why. I personally can't wait for this to drop

If you would've told me in the middle of the Twilight phenomenon that not only would Edward Cullen eventually play Batman, but that I'd also be super interested and kind of really dig the choice? I would've... well, it would have actually made sense to me because I love Twilight very much. Yes you can like Batman and Twilight! Don't put me in a box! They are both very emotional and have cool mythologies!