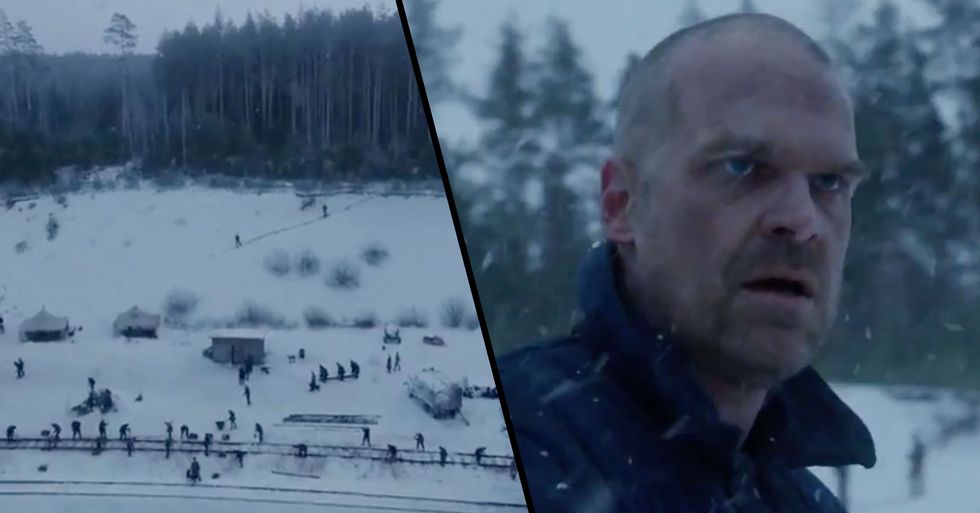 And, while you were all squabbling over the latest Reddit conspiracy theory surrounding the show, you may have missed something exciting - the first trailer for season four has just dropped.

First off, what happened to Eleven's powers? Why did they disappear? Also, how on Earth did the Russians get hold of the Demogorgon? And who is the "American" that the guards refer to in one of the locked cells? So many unanswered questions. We needed Season 4, right now.

Here's the confirmation we were waiting for...

Strangers Things' official Twitter account dropped this teaser and it's safe to say that season 4 is looking promising.

"Leaked" photographs appear to show that filming has finally started on the fourth season.

Hopper's car is visibly on set...

Confirming the news about the deal, Ted Sarandos, chief content officer at Netflix, said: "The Duffer Brothers have captivated viewers around the world with Stranger Things and we're thrilled to expand our relationship with them to bring their vivid imaginations to other film and series projects our members will love."

The release date is yet to be announced...

And the trailer has just dropped.

It's the best Valentine's Day gift ever.

Here's the trailer that's got everybody talking.