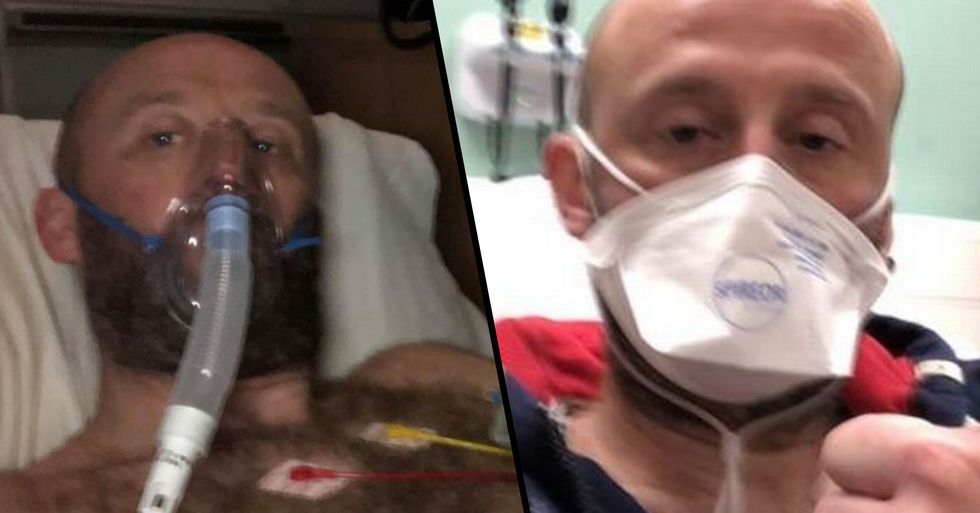 As the COVID-19 pandemic worsens, one British man shared an important message with the world about the virus.

The first case of COVID-19 was confirmed in Washington in late January after a citizen returned from a trip to China.

His move came after the World Health Organization confirmed COVID-19 as a pandemic earlier this month.

And now one man has shared his story.

Andy, a coronavirus patient from Manchester, UK, documented his experience on social media - and he had something important to say.

"Here’s a picture diary of part of my week with Covid 19, the worst week of my life."

"Thankfully with a good outcome, thanks to the great work and care of all the staff at UHSM."

"I’m back home now free from the virus but left breathless from the lung inflammation it caused."

"This takes time to settle. Thank you for all the support from friends and family, it means a lot. I’m a well 40 year old, don’t smoke and keep myself fit. This floored me and I see how this can kill some people."

"Reports say 40% of hospital admissions are in 20-54 age group, people like me who usually never go to hospital."

"Then there are the rest including those who are much older, who are more vulnerable and are more likely to die. ICU’s in London are already at breaking point. This is going to get worse. Follow all the advice: hand washing, self isolation etc. Now pubs, bars and restaurants are closed just stay at home with your family or walks in the great outdoors. As hard as it is don’t mingle, the spread is cranking up and more people will need hospital and more people will die." Coronavirus will impact the lives of everybody - but it seems the experience can be quite different if you're a celebrity...