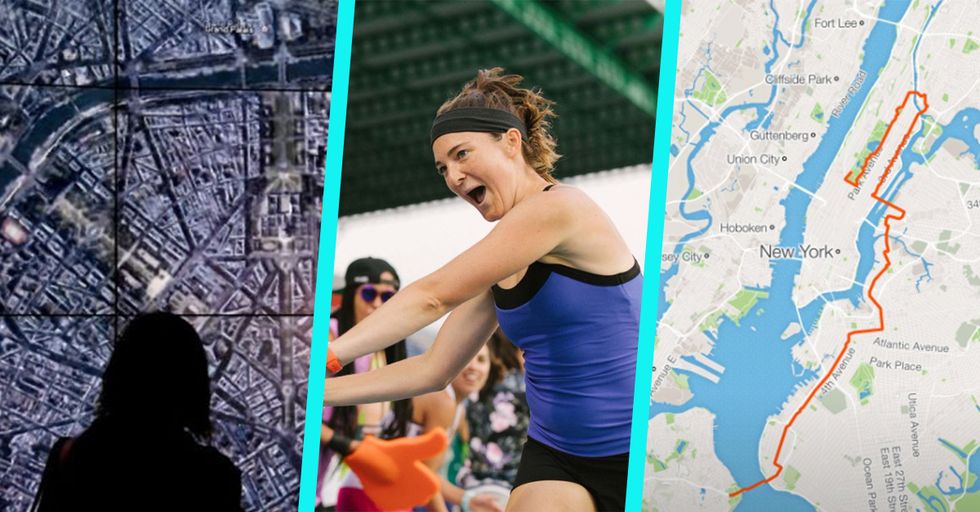 Strava, a fitness app offering social networking for athletes, reveals the locations of its users so that you can link up with a local group of runners or find a fellow hiker or two while on the mountain. Sounds great, right? After recent revelations have exposed the app's potential risk to national security, the U.S Military isn’t so sure about Strava.

Strava's Fitness app is designed to make your exercise routine more social and enjoyable. According to Strava, their app allows you "track your running and riding with GPS, join Challenges, share photos from your activities, and follow friends."
Strava's website asks, "Who else can you find?" with their heatmap feature. But it's not just who you can find that counts, but also what you can find and when you can find it.

On Saturday, 20-year-old Australian student and founding member of the Institute for United Conflict Analysts, Nathan Ruser, exposed potential risks that the app poses to national security, in a tweet that now has the US Military taking a closer look. Ruser claims in the tweet that US Military Bases are not only identifiable but are also mappable on Strava's fitness app.

While U.S. Military Base locations have been identifiable through Google Maps for some time, Strava's app reveals additional user information that could be dangerously valuable to enemies of the United States.

Aligning Strava's app data with information gathered from Google Maps results in a detailed look at more than just your local running route. Military personnel who use the app risk exposing not only their personal information but security-sensitive information as well.

Strava App Could Expose Information and Habits of Military Personnel

Strava's app not only points out possible military bases; the routines of military personnel,  patrol routes, and even specific deployment locations can all now be identified and analyzed by anyone with the app.

US Military Takes a Closer Look at Strava App

We take these matters seriously and we are reviewing the situation to determine if any additional training or guidance is required and if any additional policy must be developed to ensure the continued safety of DoD personnel at home and abroad.

He also said that the Department of Defense is reviewing policy regarding smartphones and wearable devices.

Strava Responds to Uproar of Concerns Over App

The Guardian reports that Strava has responded to the recent uproar regarding their fitness app, stating,

Our global heatmap represents an aggregated and anonymised view of over a billion activities uploaded to our platform. It excludes activities that have been marked as private and user-defined privacy zones.

It is also reported that Strava claims,

We take the safety of our community seriously and are committed to working with military and government officials to address sensitive areas that might appear.

Whether you are concerned about someone knowing where you are, where you ran or where you live, we’ve got the tools to help you take control. We work hard to make it easy for athletes to have access to the information and tools they need to control their privacy whether you’re using our mobile app or a GPS device.

Whether military personnel app users have followed these guidelines, and how strictly, is information left to be discovered.