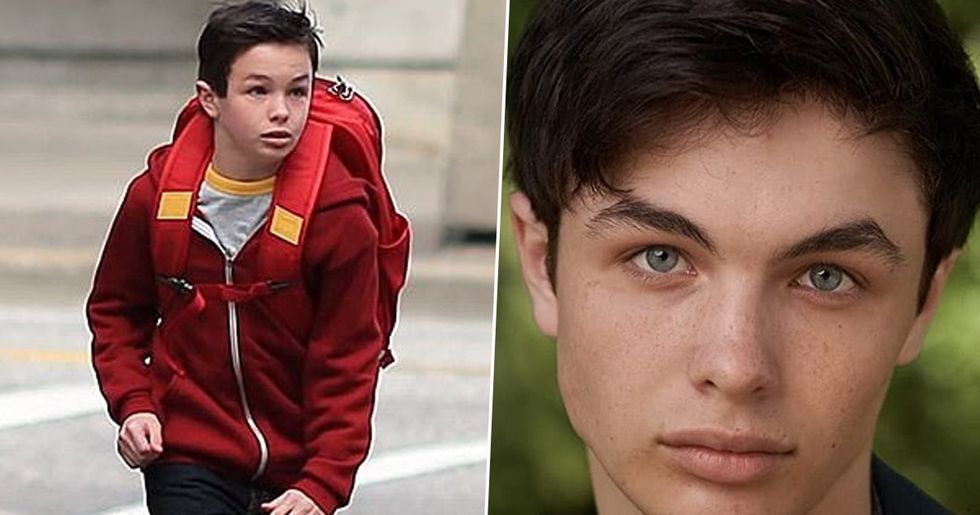 His grieving mother confirmed the tragic news earlier today - and also revealed his cause of death.

Keep scrolling to learn more about the life and death of Logan Williams.

Born on April 9 in Canada, Logan had a Swiss mother and a South African father.

He was just 10 at his first audition.

Logan landed his very first audition when he was ten years old playing the part of Jack Spehn in the Hallmark movie Color of Rain.

But he was best known for The Flash.

Logan was best known for his role as young Barry Allen on CW's The Flash.

The Flash is all about Barry Allen.

The series follows Barry Allen, portrayed by Grant Gustin, a crime scene investigator who gains super-human speed, which he uses to fight criminals, including others who have also gained superhuman abilities.

But Logan starred in much more.

While that's his best known role, Logan also had roles in The Whisperers, Supernatural, and When Calls The Heart.

And outside of school and acting, his favorite things to do were much like any other boy his age: hanging out with friends, listening to music, and skateboarding.

He was an award winning actor.

For his performance in The Flash, Logan won The Joey Award for Best Reoccurring Actor.

He was destine for huge things.

It's obvious, just looking at his first few years as an actor, that Logan was destine to be a huge star.

His mother confirmed his cause of death.

After his death on April 2, his grieving mother, Marlyse Williams, eventually confirmed the cause of her son's death.

She paid tribute to her young son.

His death is not going to be in vain. He's going to help a lot of people down the road.

Logan had struggled with addiction for years.

Logan first began using marijuana to cope with the stress of auditioning for countless roles.

But then he started taking harder drugs.

Marlyse confirmed that at the time she didn't know he was taking hard drugs because he 'was in complete denial because he was so ashamed'.

She tried to help him.

Marlyse tried on numerous occasions to help her son overcome his demons.

She remortgaged their home.

And sent him to a highly expensive rehabilitation center in British Columbia. She said:

And nobody knew what he was going through.

Outside of his family, nobody knew the addiction Logan was battling - as they tried to keep it quiet so it didn't effect his career.

His struggle cost him his life.

In the same interview, Marylse confirmed that her son had died from a drug overdose.

He died from a Fentanyl overdose.

Like many others, Logan died as a result of an opioid addiction.

His mum saw him just days before.

And heartbreakingly, he told her he was going to get clean. She said:

He said to me, ‘Mom, I’m gonna get clean. I’m going to get better. And I want my new life to start.’ I just know the last thing we said to each other was, "I love you".

Days later he was dead.

Such a tragedy - especially at the tender age of just 16.

Our thoughts go out to your family and friends at this hard, hard time.