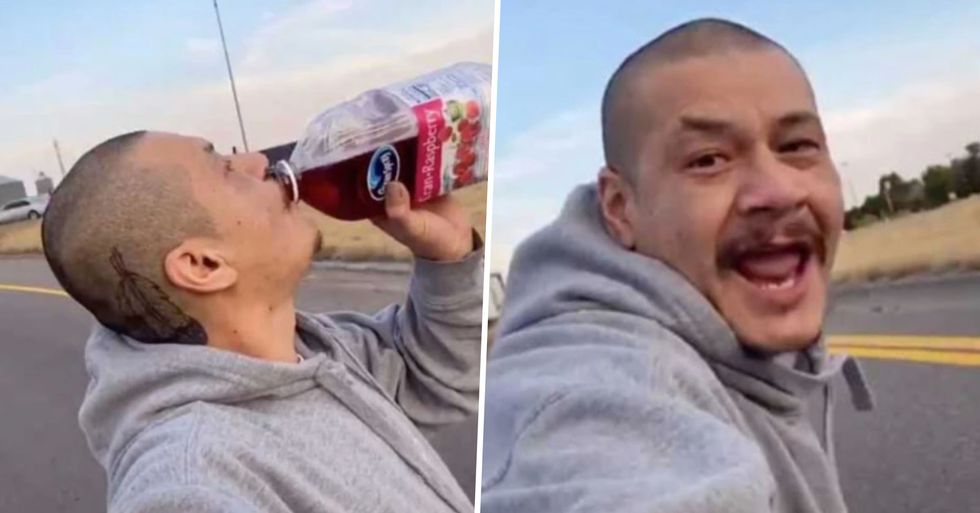 One of Fleetwood Mac's most memorable songs has just hit the charts again after a TikTok went viral, and the video is exactly the vibe we need right now...

Despite starting out in 1967, they're still incredibly popular today.

Fleetwood Mac found instant success with its debut album and the hit single Albatross way back in 1968.

After this, the band went through a number of personnel changes, including Green’s departure and the addition of McVie’s wife, Christine.

In 1974 they moved here to the states and gained singer-songwriters, Nicks and Buckingham...

They gave the band the injection of pop that resulted in the multimillion-selling Fleetwood Mac in 1975 and Rumours.

Rumors gave insight into the breakups of the McVies’ marriage and Buckingham and Nicks’s relationship...

Even winning the Grammy Award for album of the year.

And one of their most recognizable songs from the album has hit the charts again over 4 decades later...

Thanks to a TikTok that's gone viral.

Is once again becoming the favourite of a new generation.

And sees the man peacefully gliding along a Californian road on his skateboard.

More formally known as Nathan Apodaca, his TikTok has become a meme that perfectly represents 2020.

He can also be seen taking glugs of cranberry juice and we're all for it.

It's the exact vibe we need this year...

Due to a screen recording of the video by Twitter by user @DrewFrogger.

As more and more people commented and shared his video, Apodaca himself took to Twitter to thank everyone.

Which was then retweeted by the band...

Keep scrolling to watch the video for yourself, but first, check out how Twitter reacted...

The viral video has given a major boost to the long-adored classic.

On Spotify, the track has already had hundreds of thousands of streams since the clip was posted on September 25.

Though it appears to have had an increase in popularity before that too.

We could watch his video all day. For more, keep scrolling to see why this TikTok video is blowing everyone's mind...