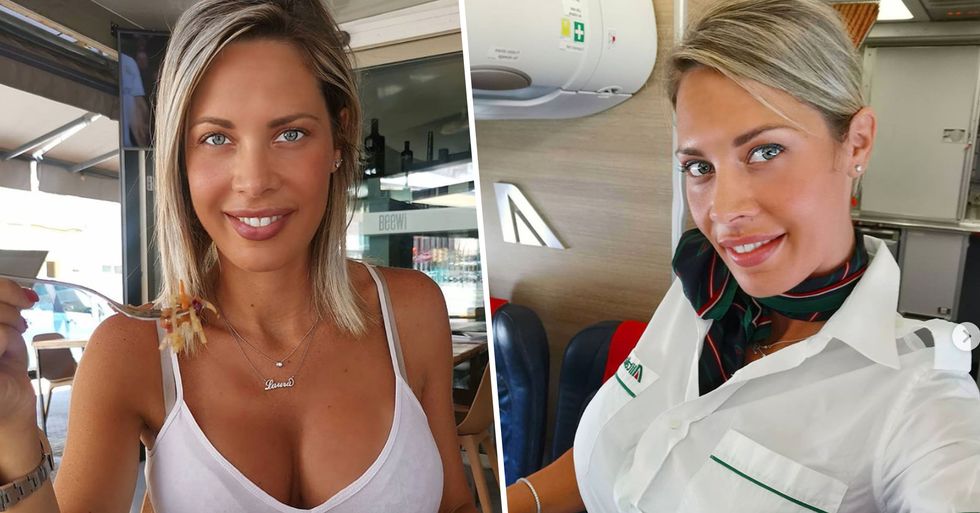 A flight attendant has openly slammed her male admirers who refuse to accept that she has a boyfriend.

This is a fine example of objectification...

It's the year 2020 and feminism is stronger than ever before.

All that we women want is equality.

To be treated as equal to our male peers is massively important but things don't always work out in this way.

So many women continue to be judged and objectified on a daily basis...

And, believe me when I say this, women have just as much potential as men do.

Being harassed by men because of the way you look is totally unacceptable...

And one woman has recently decided to stand up for herself and other women who endure this degrading behavior on a daily basis.

This is Laura D'Amore...

And she is a thirty-seven-year-old flight attendant from Catania, Italy.

As you can see, Laura lives a very glamorous jet-setting lifestyle.

Her strong following often gains her attention at work...

And Laura can recall numerous times that fans have recognized her on one of her flights. "I’ve been recognized at work but I approach my job with love and consistency so sometimes, I forget about all of the online attention," she said in an interview.

Being a flight attendant is something that Laura loves.

"I didn't always know that this is what I would do," she explained. "I worked abroad for several years as a teacher before returning to Italy and that's when I decided to hand in my application to be an air hostess. I've now been an air hostess for thirteen years."

But her popularity certainly has its downfalls...

And it is all to do with the way men behave towards her.

Firstly, there are the negative comments online.

"I've had DMs where people have asked me if I've Photoshopped my pictures because they can't believe that I look like that," she explained.

Some of the men accuse her of being a bad person for "not responding" to them.

"Other men have said that I'm a bad person because I didn't respond to them, but I have a boyfriend. He's proud of what I've achieved so I don't think he minds to the situation too much," Laura explained.

So there are actually men out there who feel a person is "bad" because they choose not to reply to their creepy and invasive messages? Okay then.

She also receives a lot of attention from men...

And whilst the majority of it is positive attention that respects Laura's boundaries, occasionally she deals with narrow-minded men in person.

"At work, there is constant professionalism, but being a beautiful girl means it's inevitable that you'll receive attention from men," she explained. "Some people I encounter at work say I look even better face-to-face than I do on Instagram."

She refuses to let any negativity get in the way of her passions.

"Both customers and followers are very respectful and polite but when they're not, I immediately block them."

And so she should!

Who has the right to say these kinds of things to a hard-working woman?

For more proof that women are objectified on a daily basis...

Keep scrolling to read about the woman who walked around for a day with a camera pinned to her chest to capture the amount of objectification she endures...