Gary Kirby, who owns and runs the Westside Sports Bar & Lounge in West Melbourne, has gone viral for his somewhat controversial opinion regarding face masks. | 22 Words 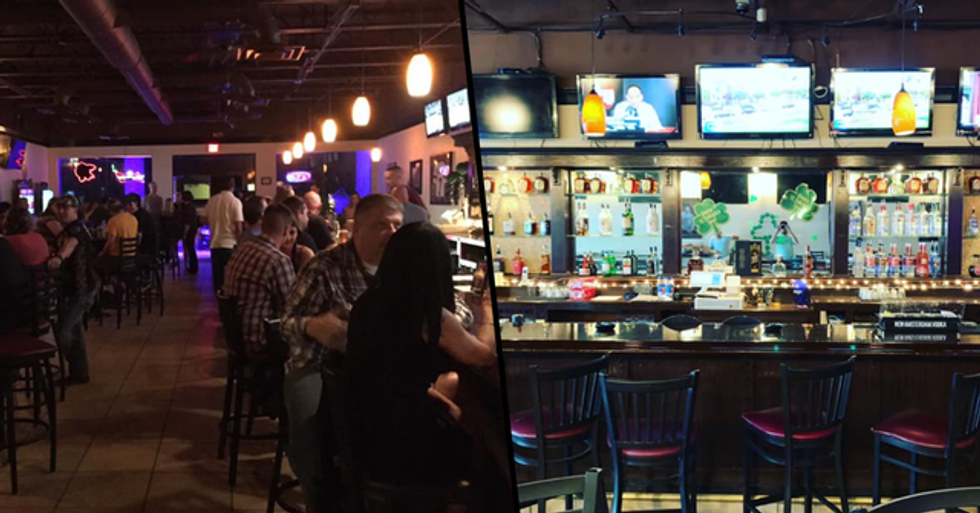 A Florida bar owner has divided opinions this week with his somewhat controversial stance on face masks...

Because, unlike every other bar and restaurant in the state of Florida, where face masks are compulsory...

This establishment has instead imposed a full-fledged ban on the protective face coverings.

I told you it was controversial.

Ever since news of his rule began circulating, the owner of the bar has been vocal on his stance regarding the virus and hasn't been shy when asked about his disputed decision.

Now, this rule has been met with a lot of controversy because Florida remains one of the worst affected states in the country.

As of this morning, there have been at least 683,746 cases and 13,295 deaths in Florida since the beginning of the pandemic, a New York Times database reported.

So, it goes without saying that Florida's residents are obliged to take every safety precaution possible.

This includes abiding by social distancing measures, taking extra care with sanitation and personal hygiene and, of course, wearing face masks when out and about in public.

Facial coverings have become compulsory in many public spaces in the state...

But only nineteen counties in Florida have instituted some type of mandatory mask regulation, out of a total of sixty-seven counties in the state.

This means that forty-eight counties still have no law regarding face masks.

However, residents have still been encouraged to wear a mask and follow the Center for Disease Control and Prevention's (CDC) recommendations, Don Walker, the communications director for Brevard County, previously told Fox News.

But some residents don't seem to understand the importance of these facial coverings.

Over the past couple of weeks, we have seen countless people protesting against face masks and deliberately going out of their way to avoid social-distancing measures.

It is a truly bleak sight.

And now, among the protestors, there is a business owner who has caused quite the stir regarding his stance on face masks.

Gary Kirby, who owns and runs the Westside Sports Bar & Lounge in West Melbourne, has gone viral for his somewhat controversial opinion regarding face masks.

Starting on September 11th, Kirby banned all masks from his establishment, placing a "Masks Prohibited" sign the front door.

He finds it "completely unnecessary to have facemasks at all"...

And stresses that "we do not support, we do not believe in them."

And for customers who do want to wear a mask...

Well, they'll simply be asked to leave the premises.

In an interview with Fox 35 Orlando, Kirby explained:

"I personally don't agree with it. So that's why I made the decision to… I don't want them here."

"It's hindering our lifestyle as we know it."

Kirby has previously said that the mask ban is a security precaution after an unsolved burglary that happened at his bar last month.

However, Kirby went on to claim that, while he "doesn't approve" of face masks...

He is still cleaning and enforcing social distancing measures at the bar.

He has a doorman to keep track of the number of people entering the bar...

And he insists that his bar hasn't had one positive case of coronavirus, despite thousands of temperature checks.

Kirby doesn't believe that the virus is as deadly as it has been made out to be.

"I do agree that there is a virus, but it's with a 1% death rate. I feel like we are statistically just as likely to get hit by a train," Kirby told Florida Today.

But, legally, he has no power. "It's a business owner's right to dictate what they want inside their private business. I don't support (Westside's) philosophy. But it's their right," he said.

Since Kirby put his no-mask rule in place, he has received a whole array of reactions.

He's received a mixture of death threats, bad online business reviews that are coming from Texas and California, and, alternatively, a wave of support from Facebook users.

He told Fox News that he's received hundreds of messages from punters showing their support.

"I'm getting messages on my Facebook saying, 'Hey, football, we're coming there to watch the game."

And his no-mask rule is going strong. For more on controversial business owners, keep scrolling to read about the salon which banned face masks and any "covid talk"...