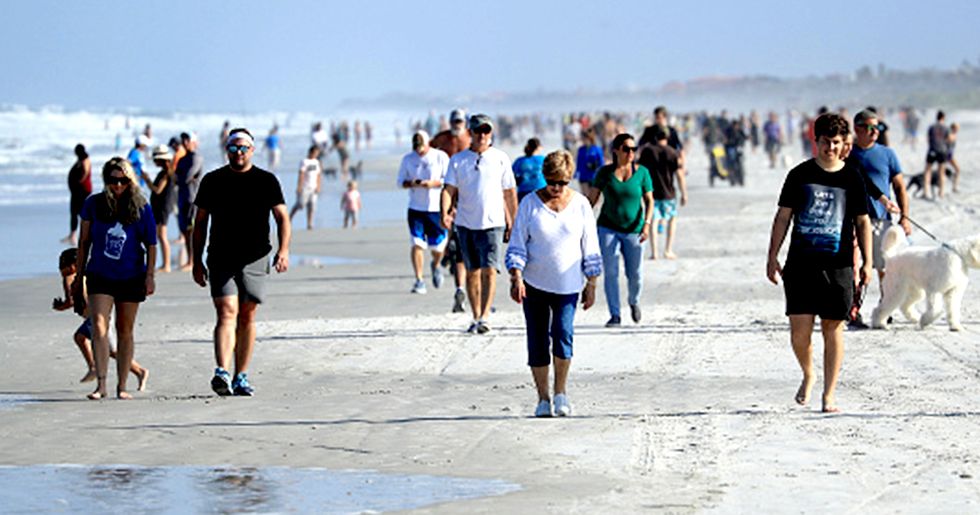 However some people just aren't taking it seriously enough and after Trump 'encouraged' people to break quarantine, Florida beaches have become packed once more.