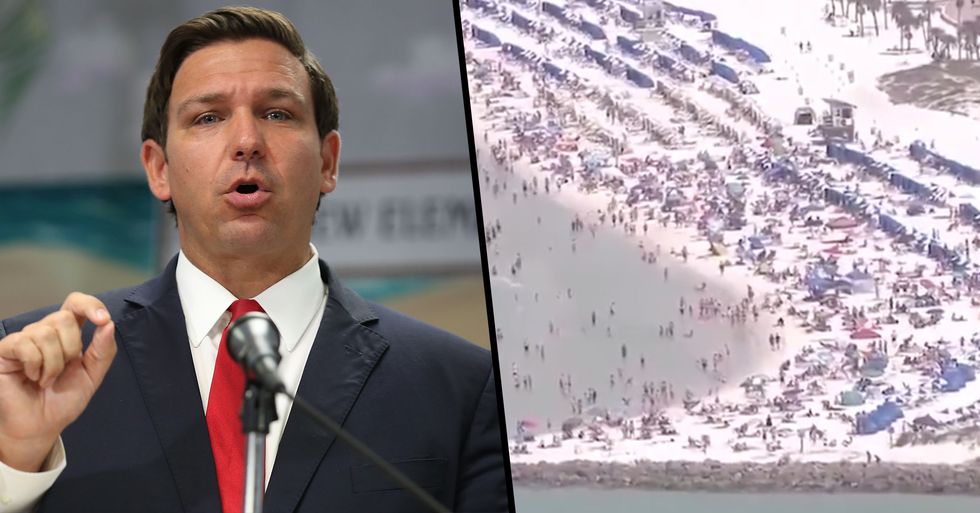 The entire world has come to a complete standstill... well, apart from some people who feel the global pandemic doesn't apply to them.

It seems that not everyone is feeling the heat, while you might be able to accept this from spring breakers, the worrying thing is it's a government official that is refusing to take action to save lives.

The majority of the world is under lockdown.

Complete USA lockdown likely in the near future. Only essential travel will be allowed. Stock up on all essentials and stay safe. #COVIDー19
— Peter Antevy (@Peter Antevy)1584283977.0

The coronavirus has taken our planet hostage and is showing no signs of letting go anytime soon, but even now some people are still avoiding the advice to self-isolate.

Is it really that dangerous?

COVID-19 is a new strain of virus, never before seen by scientists, who are working around the clock to come up with something that could help lessen the symptoms.

Over 100,000 people all over the world have now been infected with the virus...

230, 474 to be precise. And, devastatingly, a staggering 9,389 more have been reported to have died from the illness.

Since the first COVID-19 patient in Washington, there have been 10,810 more confirmed cases across the country and 160 deaths.

With 328 positive cases of coronavirus in the state of Florida, many of whom are teens or in their early twenties, the Centers for Disease Control has advised that all events with more than 50 people attending should be canceled - meaning people need to start taking this very seriously.

But it's not just the spring breakers that don't understand the severity.

The Florida Governor just can't accept it either. Ron DeSantis is refusing to close down the beaches, which could possibly save hundreds of lives.

This is despite the alarming new info.

Gulf coast locations such as Clearwater and Panama Beach City have all been in the news, packed out with spring breakers, with not a care in the world.

Many are pointing the blame at Gov. DeSantis.

Republican Florida Gov. Ron DeSantis said that he will not be ordering the beaches in his state to close despite gr… https://t.co/GiBp84w7Yn
— Jon Cooper 🇺🇸 (@Jon Cooper 🇺🇸)1584617399.0

So far all he's done is enforce the rule to keep parties under 10 people, under CDC's suggestion. Clearly this isn't working, and never would. There's no way cops can keep a handle on partying kids.

This is what lack of action leads to...

They are now seeing more and more patients in their thirties, forties, and fifties, with severe and critical symptoms of COVID-19.