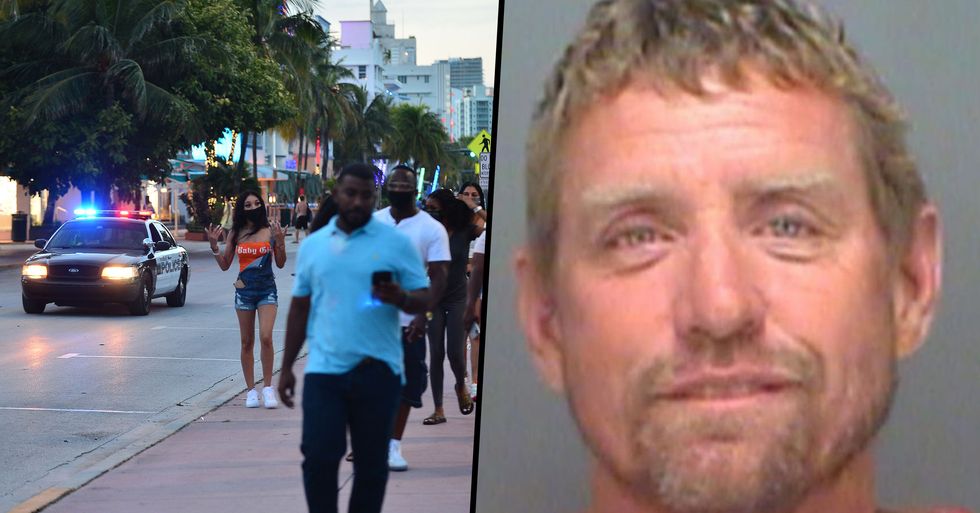 One man has taken things a step too far when he did something unforgivable to a child...

Facebook users have made their thoughts on his disgusting behavior pretty clear and we're all thinking the same thing.

Authorities said a man from Florida is facing charges after spitting on a child inside a restaurant.

Before telling him “you now have coronavirus."

Forty-seven-year-old Jason Copenhaver was arrested over the incident that happened on Sunday.

The boy and his family were eating at a restaurant in Treasure Island in Pinellas County.

It is believed that Copenhaver was intoxicated, although that is no excuse for his vile behavior.

Copenhaver initially asked the child if he could shake his hand. After the boy refused, he grabbed the child and spat in his face.

As if that couldn't get any worse...

He then told the child he now has the virus.

He then made his way over to the bar, where a worker told him to sit down.

It was also reported that he was not wearing any shoes when he approached the worker in a “threatening manner and attempted to strike him twice."

The worker grabbed Copenhaver escorting him outside before pinning him to the ground.

Copenhaver has not been tested for the virus and doesn’t know if he actually has it.

Shockingly, the man was later freed after posting bond.