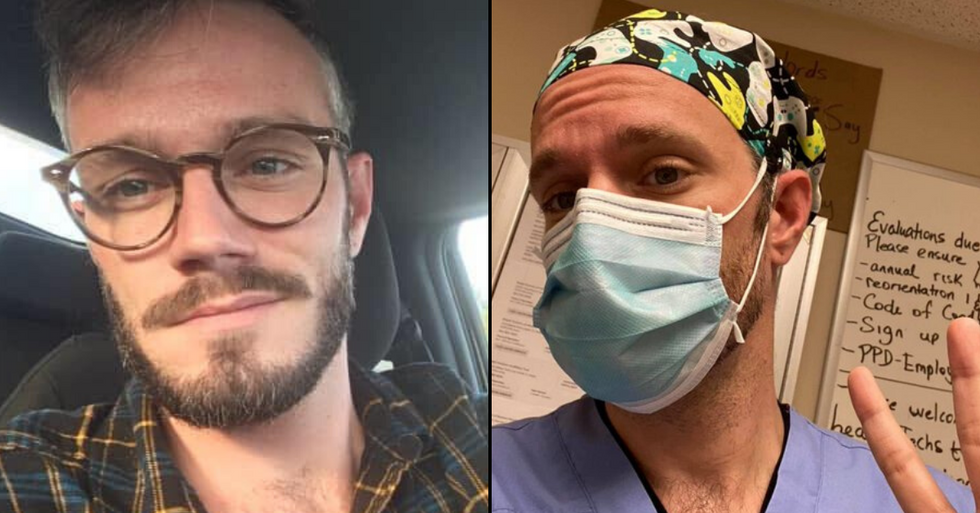 As the pandemic rages on, it's clear that we cannot ignore the mental health repercussions it is having on frontline workers.

This week, tragic news has surfaced that a Florida nurse has been found dead. Keep scrolling to read this heart-wrenching story.

Despite everything, in our hour of need...

And now, an increasing number of frontline workers are taking their own lives.

Just over a month ago, twenty-three-year-old John Mondello took his life.

He worked out of EMS Station 18 in The Bronx, which handles one of the biggest 911 call volumes in the city, according to The New York Post.

John Mondello gave the biggest hugs, warmest smiles and never wanted anything from me but to make me laugh. It shat… https://t.co/9aHkT83kJJ
— King Bitch (@King Bitch)1587844959.0

John fatally shot himself with a gun belonging to his retired NYPD officer father.

We cannot ignore the impact this pandemic is having on our frontline workers.

And sadly, this week, some more tragic news has surfaced.

Thirty-two-year-old William Coddington, a nurse at JFK Medical Center in Florida, has reportedly been found dead.

William had been grappling with the virus onslaught for weeks and had seen many patients heartbreakingly pass away in the intensive care unit he was working at.

According to Reuters, following a fight on April 25, his mom checked his phone's geolocation and saw he wasn't at the hospital.

Which prompted her to drive over to the Deerfield Beach hotel's parking lot.

There, she devastatingly found her son.

William had allegedly taken what his family believes to be an overdose. Broward County Sheriff’s Office is investigating his death and foul play isn't suspected.

“In my hospital we are rationing 1 n95 mask for my whole shift," he wrote. “We are running out of gowns. "We are having people make makeshift face shields that end up snapping."

The healthcare worker was a recovering addict and was unable meet with his sponsor as a result of the pandemic.

His loved ones paid tribute during a virtual funeral on Wednesday, NBC Miami reports.

This morning I got some heartbreaking news. A good friend and gaymer of mine William Coddington passed away last ni… https://t.co/IdcV4ioW9O
— Vipey | Bradley (@Vipey | Bradley)1587832698.0