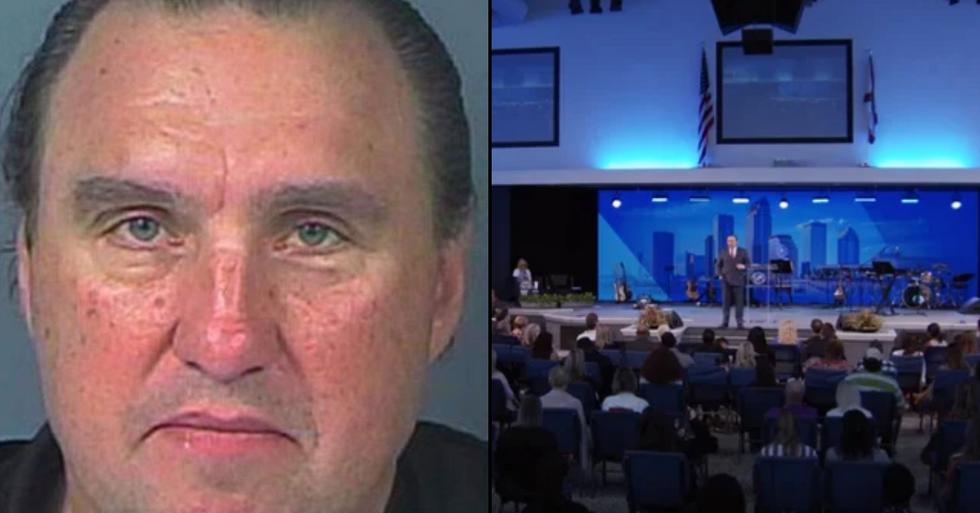 Despite the global pandemic crisis that we are currently experiencing, some people just aren't listening.

Millions have been strongly advised to self-isolate and practice social distancing but this isn't sinking in for a select few.

Keep scrolling to learn about the megachurch in Florida that was recently packed out by worshippers - and how its pastor faced a pretty intense response from law enforcement.

Close to 800,000 people all over the world have now been infected with the virus...

739,371 to be precise. And, devastatingly, a staggering 35,016 more have been reported to have died from the illness.

Since the first COVID-19 patient in Washington, there have been 142,793 more confirmed cases across the country and 2,490 deaths.

With 4,950 positive cases of coronavirus in the state of Florida, many of whom are teens or in their early twenties, the Centers for Disease Control has advised that all events with more than 50 people attending should be canceled - meaning people need to start taking this very seriously.

But it seems that some people needed God urgently last weekend.

Many Pastors and Priests around the world have been live-streaming their services on social media instead of holding mass gatherings...

It is more than likely that several people at this gathering will have contracted the virus...

And who knows what it will take for these people to learn how severe this situation is.

You can watch the mass gathering here...

And it seems he's not set to get away with this blatant violation.

He's been accused of showing "reckless disregard for human life," according to authorities.

He "put hundreds of people from his congregation at risk and thousands of residents who may interact with them this week," said Hillsborough County Sheriff Chad Chronister.

Howard Browne is currently facing misdemeanor charges for unlawful assembly and violation of public health emergency rules. And make sure to keep scrolling for the latest COVID-19 updates...