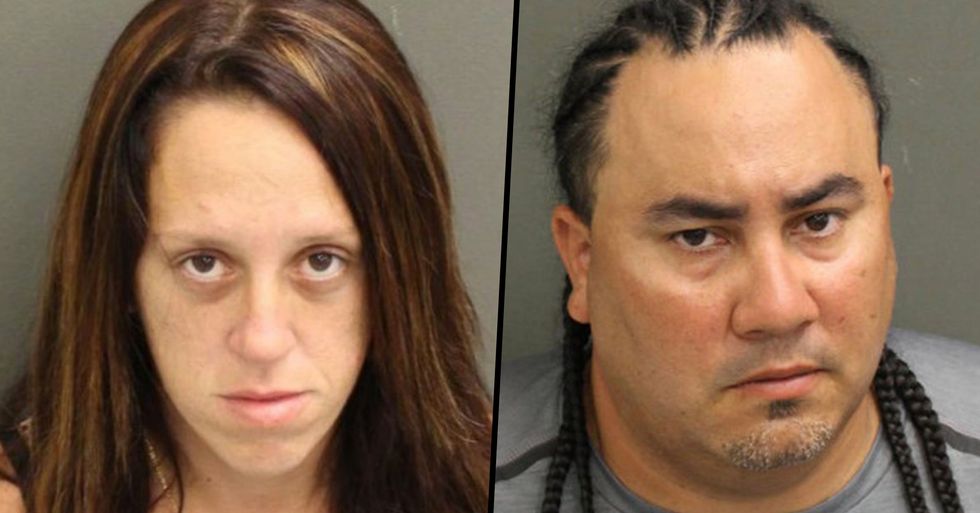 A Burger King employee was shot and killed after a woman complained that her order was taking too long.

The story shocked the world - but now it seems justice is being served.

Guns have long been a point of debate in the USA.

With the easy accessibility of firearms and the slack restrictions, pretty much anyone can get their hands on a gun these days.

Our country has witnessed some horrific mass shootings...

But the "right to bear arms" means it is legal to own a weapon, should you wish to.

Unfortunately, we do have a "Mass Shooting Tracker."

The Mass Shooting Tracker is a crowd-sourced database of U.S. mass shootings, with the website defining a “mass shooting" as a single outburst of violence in which 4 or more people are shot.

And it has laid out the horrifying statistics plain and clear in a graph that organizes each shooting and fatality by month and year.

Despite these terrifying statistics, so many Americans still believe the right to bear arms is very important.

But views around guns are changing and more debate around the topic is happening each year.

And more people than ever before are urging the government to make a change to the laws that regulate and allow the sale of guns.

As of yet, President Trump is yet to make any change to these laws...

But after hearing stories such as this one, we hope he will understand that there needs to be at least some reform of our current laws.

A Burger King employee was shot and killed by a man after another woman's order was taking too long.

This distressing incident happened in Florida. A woman was waiting for her order but the fast-food restaurant was really busy so she didn't get her order on time.

So she took things to extreme lengths, threatening one of the workers.

She warned him that she would get "her man" to come and sort out the problem even after she was refunded the money she paid for her order. She left the area and then returned later with her partner.

Kelvis Rodriguez-Torres arrived back on the scene with his girlfriend and demanded that the employee fight him.

Survelligence footage recovered from the scene showed Torres grabbing the employee, Desmond Armond Joshua, in a headlock and trying to suffocate him.

He then went back to his car to get his gun and uttered these words:

“You got 2 seconds before I shoot you."

He then shot Joshua and ran back to his vehicle, fleeing the scene.

And when he got back to his home, he dismantled the murder weapon, before hiding it in an "unknown location."

Joshua was taken to a nearby hospital where he was later pronounced dead.

Health professionals couldn't save the fast-food employee, who succumbed to the gun shot wound.

Torres has now been arrested with the following charges:

Authorities have said that the thirty-seven-year-old is being charged with first-degree murder, destruction of evidence, and possession of a firearm by a convicted felon, authorities said.

Many were waiting on the woman of the incident to be charged.

The issue also raises some serious questions about the gun laws in our country. How did a convicted felon manage to get his hands on a weapon, which he used to shoot an innocent employee over a burger and fries?

This news has been devastating.

Burger King has issued a statement regarding the incident. They said this: “We are deeply saddened to hear of the tragic incident that took place at the Burger King on 7643 E. Colonial Drive and passing of team member Desmond Joshua."

“At Burger King, the safety of team members and guests is our top priority. The franchisee who owns and operates the restaurant is fully cooperating with authorities on this matter. Any questions should be directed to local authorities."

And now we can confirm 31-year-old Ashley Mason has also been arrested.

Mason has been charged with principal to first-degree murder and aggravated assault with a firearm. Keep scrolling to learn what warnings tourists who decided to visit the States have been given...