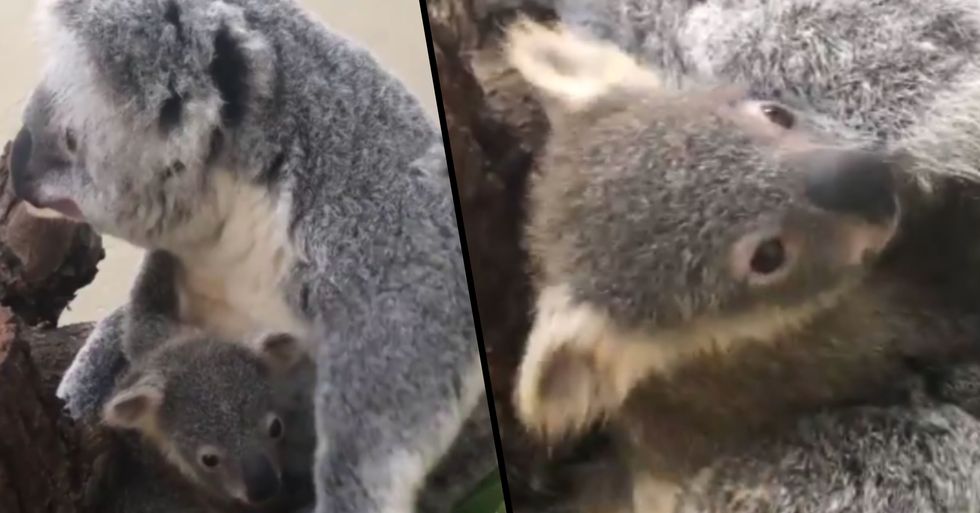 But, today, a positive story has emerged amidst all the tragedy - a tiny koala joey has been born and it's serving as a symbol of hope during a time of suffering.

There have been fires reported in every state, but New South Wales is truly taking a beating by bush fires and is undoubtedly the hardest hit. 5,900 buildings have now been destroyed.

But there has been some hope...

A newborn baby koala has been hailed as a symbol of hope amongst the tragedy. Keeps scrolling to see the adorable clip.

The baby koala emerged from her mother's pouch last week.

Although her actual birth took place in May last year, she finally came out of her mother’s pouch on Wednesday, January 8.

Hope is the first surviving koala to be born at Zoo Miami, Florida, in more than twenty-eight years.

The zoo shared a heartwarming video of Hope on Twitter.

The clip, which shows the joey emerging from its mom's pouch has been melting the hearts of viewers.

"For the third time in the zoo’s history and the first time in over 28 years, a surviving koala has been born at the zoo!!" the zoo wrote. "Though the actual ‘birth’ took place May 30th of last year, it was only yesterday that the joey first came completely out of the pouch!"

The zoo named her "Hope" in response to the devasting Bushfire crisis in Australia.

She may not have been born in Australia, but her birth is acting as something positive in a time where so many koalas are getting wiped out by the fires.

Watch the incredible video below:

Want more on the bushfire crisis? Keep scrolling to see the makeshift koala hospital that is treating hundreds of injured animals.