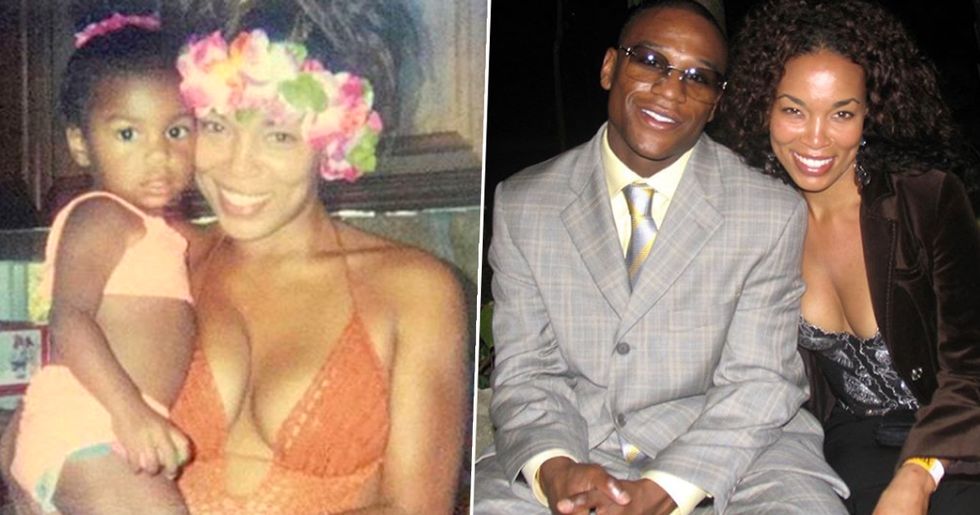 She was the longtime lover of boxing champion, Mayweather, and now he has paid a heartbreaking tribute to his ex.

Keep scrolling to read more about Josie, and to see what Mayweather had to say.

Josie Harris was a successful actress and entrepreneur.

But she is perhaps best known for her relationship with the former boxing champion, Floyd Mayweather, with whom she shared 3 children.

Josie had an eventful and turbulent relationship with the boxer...

The pair started dating in 1995 and remained together, on-and-off, until 2010 when they officially called off their engagement.

It wasn't the happiest fifteen years for the couple...

And Josie found herself as a victim of domestic abuse, with Mayweather abusing her, both physically and mentally, on several different occasions.

This abuse allegedly went on for years...

And sometimes in front of their 3 children.

And, in 2017, Josie finally opened up about her experience.

Speaking to USA Today, Josie discussed what life with the boxing champion was really like, and admitted that he brutally attacked her on at least "6 occasions".

Josie claims that she didn't fully understand that she was the victim at the time...

And that she only realized the extent of the abuse once she had left.

"I was a battered woman."

She explained: "I felt embarrassed about saying I was a battered woman. I felt shame. I felt like it was my fault. What did I do? I didn't understand what a battered woman was at that time. Now I know I was in a very dysfunctional, hostile relationship and a victim of domestic violence."

She recalled the worst attack she endured...

On the night of Sept. 9, 2010, shortly after their final breakup, Mayweather had reportedly become upset and angry over rumors that Josie was dating someone else.

Mayweather turned up to their house where their children were sleeping...

And the pair argued until Josie called the police, who advised the aggravated sports star to leave the property.

But he turned up at her house for a second time at around 4 am...

And flew into a violent rage. "He grabbed me by the hair and threw me on the ground and started punching me on my head with his fist and twisting my arm back and telling me he is going to kill me and the person that I am with," Josie said in the police report.

Their son, aged only ten at the time, witnessed the brutal attack...

And was the one to alert security to call for help.

Mayweather went on to serve 2 months behind bars for his attack...

And Josie worked hard on moving on with her life as a single mom and businesswoman.

Josie did well for a couple of years...

And single-handedly launched her own company, Nappiesaks, which offers a range of different baby products.

Josie was forced to file a $20 million lawsuit against Mayweather, something she reportedly "really didn't want to do."

Mayweather had suddenly decided to deny ever attacking his ex...

Their legal battle has dragged out ever since...

And a Los Angeles judge recently set a trial date for December 7th, 2020.

Yet, despite having to go through years of counseling, therapy, and anti-depressants...

Josie always maintained the hope that Mayweather himself could some day find peace and happiness. "With time comes wisdom," she wrote to USA TODAY Sports in a text message following her interview. "I hope his lessons aren't too harsh as he does have a good heart."

But this week, Josie suddenly passed away.

Aged only forty, Josie was shockingly found dead at her home in Valencia, CA, on Monday night, TMZ reports.

First-responders found her unresponsive in her car...

And shortly after, she was pronounced dead at the scene.

Her death hasn't been treated as suspicious.

And the case is reportedly being treated as a death investigation as opposed to a homicide probe.

Tributes have been flooding in on social media...

As people send their thoughts and condolences to Josie's children and family.

But now he's broke his silence.

Taking to social media, Mayweather shared a series of photos of himself and Josie throughout their relationship.

Mayweather captioned the various posts: 'My angel', 'my darling', and 'my kiss'.

It's obvious he's missing her.

Thankfully he's dwelling on the good times and not the bad ones.

This is a developing story, and we will report with any updates.