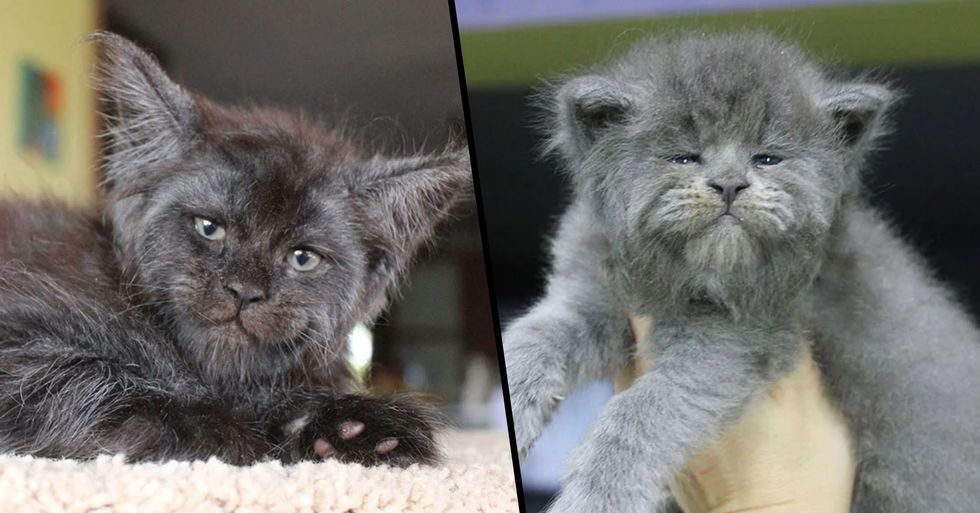 Cats are some of the nation's favorite pets, with Maine Coon being amongst the most popular breeds. But one particular litter of these fluffy felines have been drawing in a lot of attention online for their unusual appearance.

Keep scrolling to see the pictures...

Maine Coon are some of the most popular breeds of cats.

The fluffy felines are very popular amongst cat lovers.

Not to mention they are very photogenic...

Cat fanatics love nothing more than showing off their kitties online.

They can grow up to a whopping forty inches in length.

Not to mention they come in a staggering seventy-five different color combinations.

They truly are a beautiful breed, no wonder they're so popular!

These majestic felines also have some pretty unique features.

With their multilayered fur and large paws, there are many attributes that set them apart from other felines.

But one litter of Maine Coon kittens have gone viral for a big reason...

Why, you ask? Well, because of their very unique faces. Keep scrolling for the pictures...

They have been drawing in a lot of attention online...

People can't get over their strange faces, which some are saying look human-like.

Others have pointed out that the kittens' bare resemblance to a certain Disney character.

While some have just said they look grumpy.

The comparisons were endless.

People were absolutely baffled and unable to agree on what the kittens actually looked like.

They definitely have distinct facial features. Keep scrolling for more snaps of the litter...

This kitty is so cute...

The squished up little face is heart-melting.

We definitely see why people think they have human-like faces...

They also kind of look like mini werewolves... just us? Want more adorable cat content? Keep scrolling to watch a hilarious video of a cat appearing to say "well, hi!" in a Southern Accent. We can't stop watching...