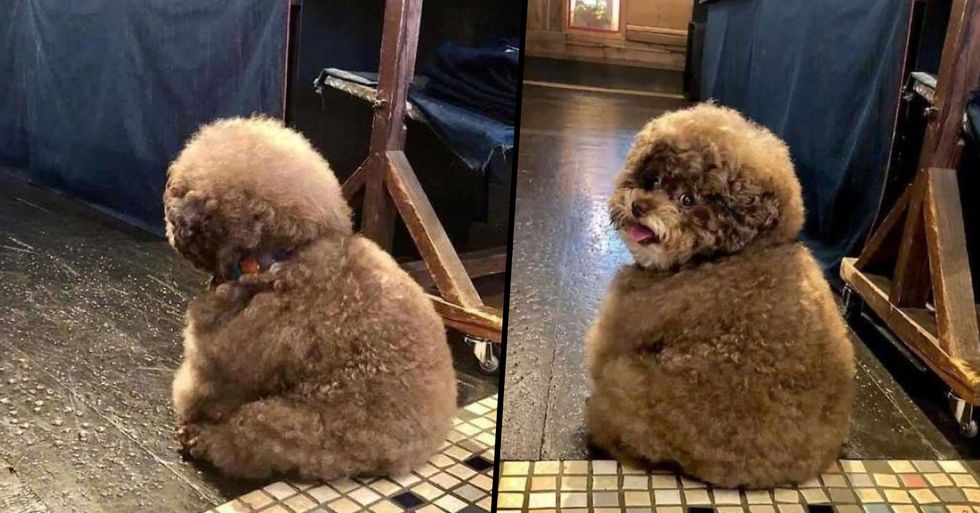 Fluffy Poodle Is Going Viral for Its Human-Like Expressions

A fluffy poodle has gone viral for his adorable but accurate human-like expression and he is the cutest thing!

Sometimes, it's hard to forget that dogs aren't people.

Their emotional needs and big, sad eyes often hoodwink us into thinking they're just like us humans... especially when they look a little bit like us!

Some dogs just have that strange look on their faces that resembles a human...

And we can't quite put our fingers on what it is!

But one little poodle has gone viral recently...

And it's all because of his strange but adorable human-like expressions.

His name is Kokoro...

And the little toy poodle lives in Japan with his owner.

Toy poodles are known for their tiny sizes.

They are also the smallest version of the poodle breed, which makes them extra adorable!

And they grow to be just eleven-inches tall. They are literally a real-life teddy!

Kokoro currently has an impressive following of 148,000 on Instagram...

And it isn't hard to see why!

But alongside capturing people's hearts with his cuteness...

The teddybear-looking poodle has been compared to a very famous and iconic face. Can you guess who it is?

You really can't unsee this!

As soon as this was pointed out...

It's all Kokoro's followers could see... and it's pretty damn adorable!

We think its the afro that does it...

But this isn't the only reason why little Kokoro has gone viral.

Is there anything more relatable than this fed-up stance?!

Yep, Kokoro also has the most human-like expressions and people just can't get enough.

Kokoro definitely has that Monday feeling on this one...

Just look at the sadness in his eyes!

The little poodle has even become a meme on Twitter.

Totally relatable! Keep scrolling to check out some the best ones...

Okay, this is definitely the creepiest...

But we must say, we had to do a double-take for this one!

It seems that Kokoro has made quite a name for himself in the doggy Instagram world...

But competition is never far away! Keep on scrolling to check out the dog who has befriended all of the butterflies in his back yard...