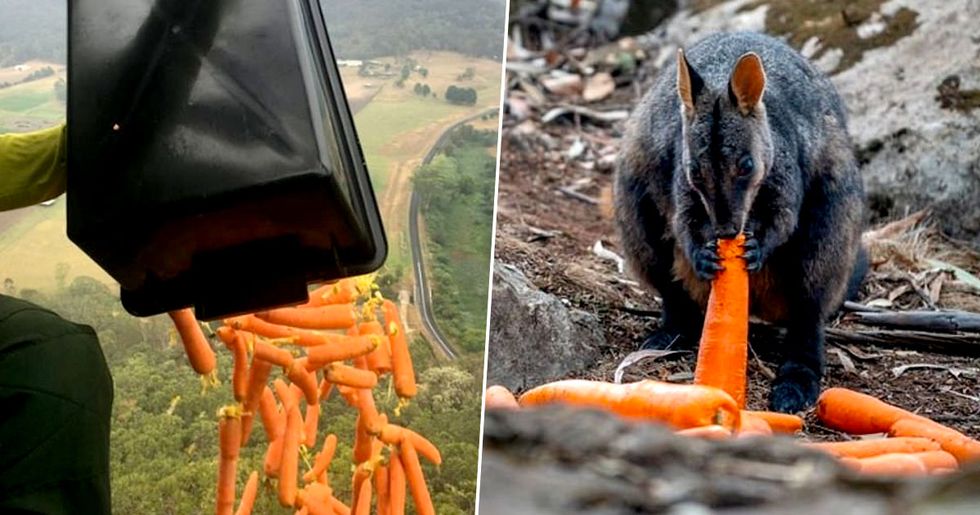 The legendary Australian family, The Irwins, have been doing their bit to save as many animals from the fires as possible and now one other legend has done her part to help out.

Now food supplies have been flown in by planes to help animals stuck in the fire ravaged land survive.

P!nk then joined the fight.

Now aircrafts are being used in the fight.

But these aircraft are being used to feed the thousands of hungry wildlife stranded amid the Australian bush-fire crisis.

Choppers and planes are dropping food.

Despite the millions of animals that have tragically cherished, the New South Wales government is still doing everything they can to save as many as possible. They're currently using choppers and planes to drop food to the starving animals.

Thousands of kilos have been dropped.

Carrots and sweet potatoes airdropped for animals as Australia devastated by bush-fires. Thank you for the Humanity… https://t.co/ldWMU2iozR
— Global Climate (@Global Climate)1578833508.0

So far they have dropped more than 2,200kg of fresh vegetables for the animals left alive. Although many have been able to escape, they haven't been able to find food - until now.

The animals are very stressed.

The wallabies typically survive the fire itself, but are then left stranded with limited natural food as the fire takes out the vegetation around their rocky habitat. The wallabies were already under stress from the ongoing drought, making survival challenging for the wallabies without assistance. When we can, we are also setting up cameras to monitor the uptake of the food and the number and variety of animals there.

Let's hope for the best.

After all of this heartbreaking tragedy, let us just hope that many of these poor animals can make a full recovery.