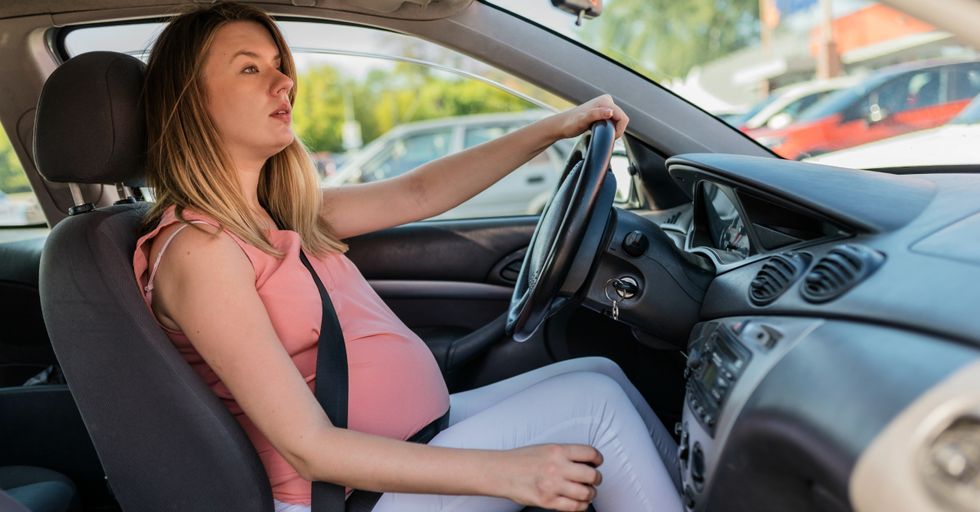 For a Month, This New Hampshire Law Allowed Women to Kill People Without Consequences

In July of this year, lawmakers in New Hampshire passed a bill that was meant to combat fetal homicide. In a bizarre turn of events, some vague language and incorrect grammar created a loophole that allowed pregnant women to get away with murder... at least for a short period of time.

Do you remember this phrase from grammar class?

This clause means totally different things when you include or exclude the commas. The panda eats shoots and leaves, or he eats the bamboo, shoots a gun, and then leaves. We didn't expect a scenario like this one to be relevant in the real world.

Here is another favorite example of the importance of correct grammar.

Your professor was correct when they said that correct grammar can be the difference between life or death. We can feel a light breeze from a wave of 400 English teachers waving their fists in indignation. (That's a teacher for every member of the New Hampshire House of Representatives.)

Grammar is proving still relevant in 2017.

Some people would argue that the second version of this sentence is accurate. People were drooling over the actor who played the demonic clown, Pennywise, in this year's rendition of 'IT'. See, comma placement is important!

We hope no one is eating children in any area. This sign implies that dog owners need to clean up the mess created by cannibalistic murderers in the park.

People have strong feelings about the correct usage of 'your' and 'you're'.

While it may seem silly to argue over apostrophes and misplaced commas, incorrect usage can have a real effect on the world. And just recently, four hundred lawmakers in New Hampshire learned this lesson the hard way.

The New Hampshire senate bill, which was passed last month, was made to increase punishments for those who commit crimes against pregnant women.

Before this bill, if someone crashed into a car carrying a pregnant woman in New Hampshire (resulting in death), the perpetrator would be charged with the manslaughter of one person. The new bill would instead charge the driver with the manslaughter of two people if the fetus is older than 20 weeks. Laws like this already exist in 38 states in the United States.

The lawmakers added a clause to exclude pregnant women from this punishment, so that women who get abortions won't be charged with manslaughter.

Lawmakers didn't realize until after they passed the bill that the language was so vague that pregnant woman could murder anyone with impunity in New Hampshire.

Republican Rep. JR Hoell told the Concord Monitor, "The bill as drafted allows for physician-assisted suicide and allows a pregnant woman to commit homicide without consequences," and added, "Although that was never the intent, that is the clear reading of the language". Ummmm, oops?

Don't worry, guys. The lawmakers corrected the error in language last Thursday and closed the loophole.

In a funny turn of events, there is actually another existing law in New Hampshire that prohibits people from taking any other law too literally and producing "absurd results." Because of this, it's doubtful that pregnant women would go on murder sprees without consequences. Regardless, people had a lot to say about this unintentionally hilarious lapse in governmental judgment.

Most people couldn't understand how lawmakers could make such a drastic mistake.

This person was incredulous when he saw the news. This is what happens when people ignore their editors. Other people thought the New Hampshire house of representatives might be on to something...

This bill may have inspired some people to pick up and move to New Hampshire.

It actually may just have inspired boyfriends everywhere to be suspicious of their girlfriends who start looking for homes in the New Hampshire area.

This person thought New Hampshire might have gotten this bill correct the first time.

Carrying and nourishing another human for nine months cannot be easy. What do you think, moms? Will you be checking out New Hampshire real estate any time soon?