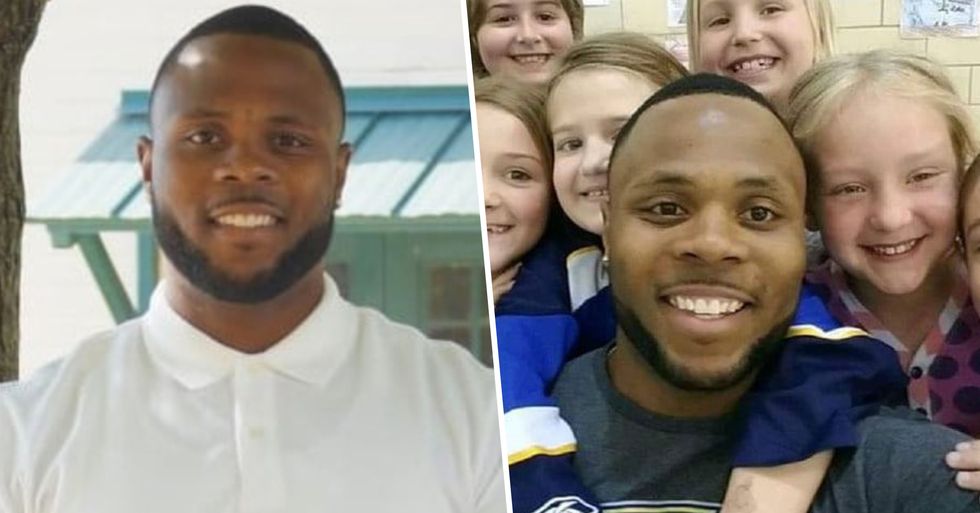 A former gang member called Darrion Cockrell has become an inspiration in his district after he became Missouri's "Teacher of the Year."

His story is truly heartwarming...

When you think of teachers, what are the first words that come to mind?

Well, Darrion Cockrell has all of these qualities about him.

And that's why he was recently named Missouri's "Teacher of the Year."

He became the 52nd teacher to receive the award since it started back in 1957.

And even more amazingly, he is the first male to win it since 2015.

But Darrion hasn't led the typical life that most teachers live...

There were tremendous obstacles put in his path but with a lot of grit and determination, he was able to overcome all odds and get to the position he is in today.

His story is truly heartwarming...

It all started when he was only ten years old.

Throughout his childhood, he had always hated school and decided that when he hit double digits, he was going to join a gang.

Being in the foster care system didn't make things any easier either.

During his acceptance speech in October, he described his experiences going through all those difficult times.

"I was born to a drug-addicted mother who had 2 of her 6 kids by the age of sixteen."

"My father was murdered when I was 4, and I began my journey in and out of the foster care system not long after my 6th birthday."

Darrion said that he thought he would end up like his friends...

Who were all in jail or dead.

But it was the teachers around him that made sure he stayed on the right path.

He named one man, in particular, Ken, who looked out for him during his stay at a boys' home when he was in middle school.

He referred to Ken as a "father figure to him" because he didn't have anyone to look up to at the time.

Then in 7th grade, the most amazing thing happened...

Darrion was adopted by his soccer coach and his wife and later went on to graduate from the University of Missouri - St. Louis. "No, I'm not Micahel Oher from 'The Blindside,' although I did have dreams of the NFL," he added in his acceptance speech. "My message for teachers is understanding the power that we have to make positive or negative impacts in the lives of others."

After he graduated, he went on to become a physical education teacher at Crestwood Elementary School.

And that's where he started inspiring other students to be the best version of themselves no matter what they've been through in the past.

His students absolutely adore him.

They refer to him affectionately by the title "Mr. DC" and supported the fact that he was receiving this coveted award by the Missouri Department of Education.

They explained why he was the perfect candidate to receive such an important title:

"Missouri is fortunate to have so many high-quality educators, and Darrion will be a wonderful representative as our state's Teacher of the Year," said Margie Vandeven, the state's commissioner of education. "He guides his students towards long-term physical and mental wellness, and the connections he has established will impact Crestwood children for years to come."

Congratulations Darrion, you truly deserve it.