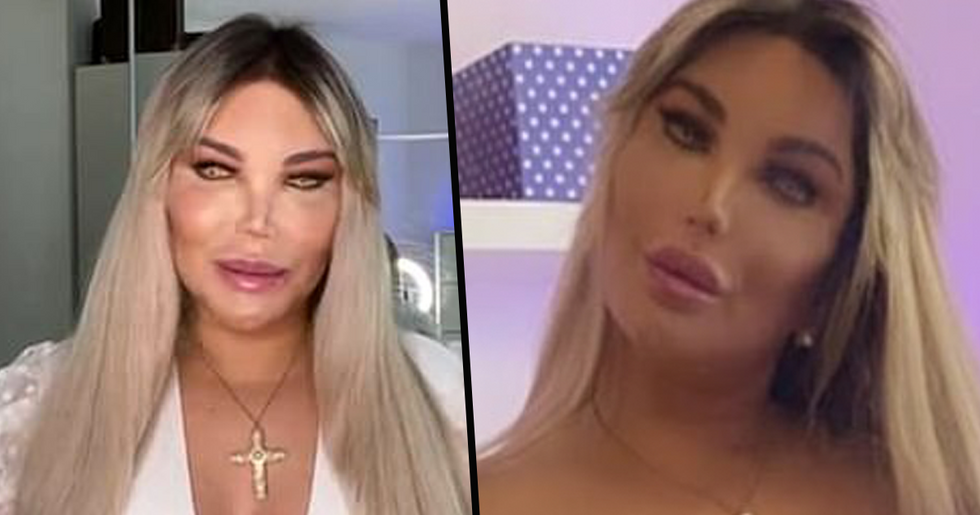 Former Human Ken Doll Shares Her Plans to Have a Baby

The former "Human Ken Doll" recently announced her new name as she proudly speaks out about being a transgender woman. And now, she has also revealed that she plans to have a baby.

Keep scrolling to see the full video detailing her plans to become a mother...

Who remembers the "Human Ken Doll"?

Well, believe it or not, this person's real name isn't actually "Human Ken Doll", and she has now revealed her new name choice, Jessica. However, this is not the only surprising change Jessica revealed. She now has a very exciting life goal that she is hoping for in the very near future.

The thirty-six-year-old is from Brazil...

And as you can see, she has had countless procedures on all parts of her body since she was seventeen, including 10 surgeries alone on her nose.

She has always dreamed of having a silicone look...

Speaking to The Sun back in 2017, she said: "I have always been a very creative person, I grew up watching Disney movies and I wanted to look like a prince when I was a child."

And she now boasts an impressive 1 million followers on Instagram.

Things haven't always been smooth sailing for the reality star, however...

Her cosmetic journey hasn't always gone to plan, with Jessica experiencing numerous botched surgeries such as when she first moved to London in the U.K. for university. "While I was a student, I had my first few surgeries but with poor results. I was very young and I would just find surgeons online and go to the most expensive ones in Harley Street," she explained.

But where did this appearance obsession come from?

She recently opened up about being bullied throughout childhood and being extremely insecure with her natural appearance. “Growing up I felt alone as nobody wanted to be friends with me. Because of my body image and the fact that I was shy, I avoided social situations," she said on a British talk show last year.

The years of bullying took a toll...

And she was ultimately diagnosed with Body Dysmorphic Disorder, an anxiety disorder that causes a person to have a distorted view of how they look and worry obsessively about their appearance.

She has always felt that cosmetic surgery is the only way for her to be her true self...

“In my dreams, I look a certain way, but then getting up in the morning and looking at myself in the mirror I didn’t recognize myself. This was why I carried on having surgeries, seeking out the best doctors in the USA, Brazil, Europe, and the Middle East to help me become my true self," she said.

But the surgeries aren't going to stop anytime soon...

And earlier this year, the reality star made a pretty huge announcement to her fans and followers.

She came out as a transgender woman.

She announced her decision in the Sunday Mirror by saying, "It feels ­amazing to finally tell the world I'm a girl."

"I'm known as Ken, but inside I've always felt like Barbie," she went on to say.

Jessica also announced her ambitious plans for her new self...

Including numerous facial surgeries, breast implants, and even the full gender reassignment surgery.

The reality star made a recent appearance on the British talk show, This Morning.

She spoke of her transition and she even unveiled her newly christened name...

She is now known as Jessica...

And she is finally living life as her true authentic self.

She explained that it wasn’t until a recent photoshoot championing gender fluidity that she felt she could truly be herself.

"I did a photoshoot where they called me Jessica as a nickname, ever since I kept the wig, the lingerie, the shoes – then I started to cross-dress at home as a secret," the reality star confessed.

This is something Jessica has thought about for a very long time...

"Over the years I have been playing a character and being a man and I tried my best to be a male, after all, I was born in this body as a male," she said.

"But I was very unhappy and I either had the transition or die. It was one or the other. I still need two or three more surgeries to complete my transition, and then I swear I will be done with plastic surgery – there is only so much one can take."

Jessica doesn't regret her past decisions, however...

"Yes, it is scary, but it’s what I have to do to be the person I am today. I don’t wish that I transitioned earlier, I had to go through all that experience as a man and that suffering I was going through inside myself."

Jesscia has been a guest on This Morning before...

Presenter Eamonn Holmes pointed out how happy she seemed compared to her last visit. "I just want to be happy," she stated. "That’s all, my happiness before was a happiness that didn’t last for long, and now it comes from my heart and it comes from inside, I feel so much more confident as well."

That's right, she sees herself becoming a mother in the future.

Jessica said: "First, is to love yourself. My priority is myself and my transition. I would like to have a child and like to have a baby. "I visualize myself taking care of my baby and being with someone who loves me and accepts for me for who I am."

We're truly happy for Jessica now she feels at peace with herself...

And we wish her the best of luck for the future! Make sure to keep scrolling to read about the transgender woman who made a special line of underwear specifically for transgender children...