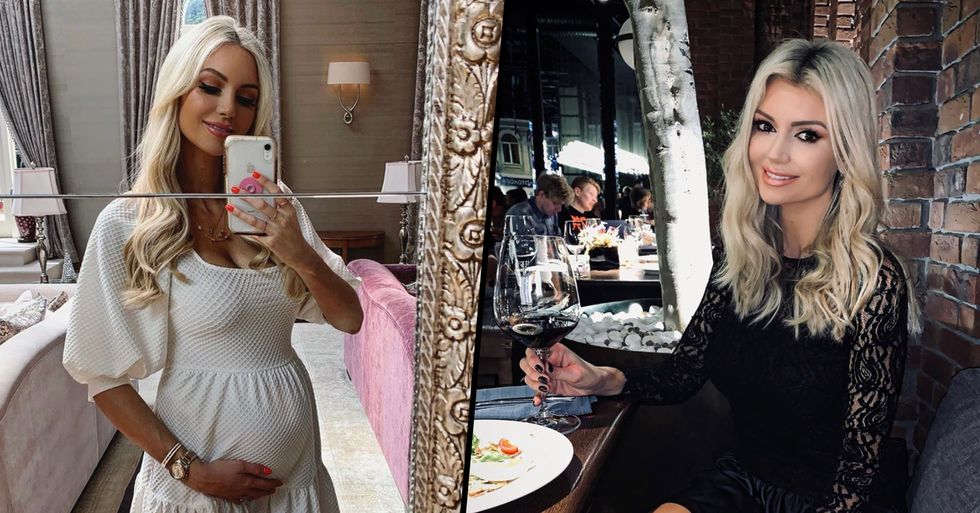 The former Miss World has just announced that she is pregnant with identical twins after she suffered from fourteen miscarriages over the last few years.

This is such a happy story...

This is Rosanna Davison...

The thirty-six-year-old beauty queen was born in Ireland.

She started entering beauty pageants as a teenager and by the time she knew it, she was in the finals for Miss Ireland in Dublin.

She won the title of Miss Ireland...

And this lead her to qualify for Miss World.

She competed alongside 106 other contestants in Sanya, China...

And amazingly, the young woman was crowned as Miss World 2003.

This made Rosanna the first-ever Irish contestant to win the global pageant since it started in 1951.

During her reign, she traveled to the United Kingdom, the United States, Canada, China, and Sri Lanka.

She signed to Storm Model Management in the UK and went on to build a successful modeling career.

In more recent years, Rosanna has been embarking on a career in TV presenting...

And she soon started presenting on British football channels.

Rosanna has made a pretty amazing life for herself!

The Irish model has been in a relationship with Wesley Quirke since 2006...

The couple welcomed their first child into the world last year...

But despite baby Sophia's happy arrival, things have been far from smooth sailing for the couple when it came to starting a family.

Rosanna has always been open about her fertility struggles.

Speaking in a previous interview about the first time she fell pregnant, the model said: "It got to the end of 2015 and we were really keen to start a family so we went for it and it happened very quickly and it was all very exciting. I had the 8-week scan booked, I told all of my family at 5 weeks and everyone was just thrilled for us."

A traumatic time lay ahead for the couple...

"And then kind of abruptly and painfully it came crashing to an end and I had a miscarriage. Tried again, got pregnant very quickly again, the same thing happened again at 6 and a half weeks... In total, we had fourteen of these early miscarriages."

Rosanna explained she saw a number of specialists in Ireland and the UK before finding out the root of the cause.

"I was told pretty much that my immune system was reacting to Wes's DNA, seeing it as a foreign invader as it would a pathogen or a cancer cell and killing. So essentially my body was killing my babies," she said, before explaining that with each pregnancy she tried everything to maintain a pregnancy.

The experiences understandably took a toll, both on Rosanna herself and her relationship also felt the strain at times.

"At the beginning, I questioned my role as a woman, I couldn't do what my body was biologically designed to do," she said, which is what many women sadly experience after a miscarriage.

It made Rosanna paranoid within her relationship.

"There were a couple of times, I suppose we look back at them now and laugh, I tried to convince Wes to leave me and find another partner because I knew he was dying for a baby."

Rosanna and Wes dabbled in the options they had to have a baby...

And they eventually decided on surrogacy, which is how baby Sophia was born last year. The idea of a stranger carrying your child in another country was awful. I played with the idea for a few weeks, to be honest, I wasn't sure if we could go ahead with it," she said.

But when Sophia was born by the surrogate mother...

"Then Sophia came out and I cut her cord and it was just, how could you prepare yourself for watching a stranger give birth to your child? It was just the most surreal, terrifying, emotional, amazing experience. I think about it every day," Rosanna explained.

It's the best decision the couple has ever made...

And they are now the most adorable of families.

But now, the couple has just announced some incredible news.

They're expecting! The couple has managed to naturally conceive... and Rosanna is pregnant with twins.

"We have some news! @Wesquirke and I are beyond overjoyed to announce that we’re expecting identical twin boys this November. We’re absolutely thrilled to complete our family and for our daughter Sophia to have two siblings so close in age to her."

"I was told that I would probably never be able to carry my own baby due to a suspected immune system dysfunction, which numerous different medical treatments failed to rectify. So for this to just happen naturally, and to have twins too by complete chance, is an absolute dream come true for us."

This is the least that the couple deserves...

And we want to wish Rosanna and Wes the best of luck in this exciting new chapter of their family's life.