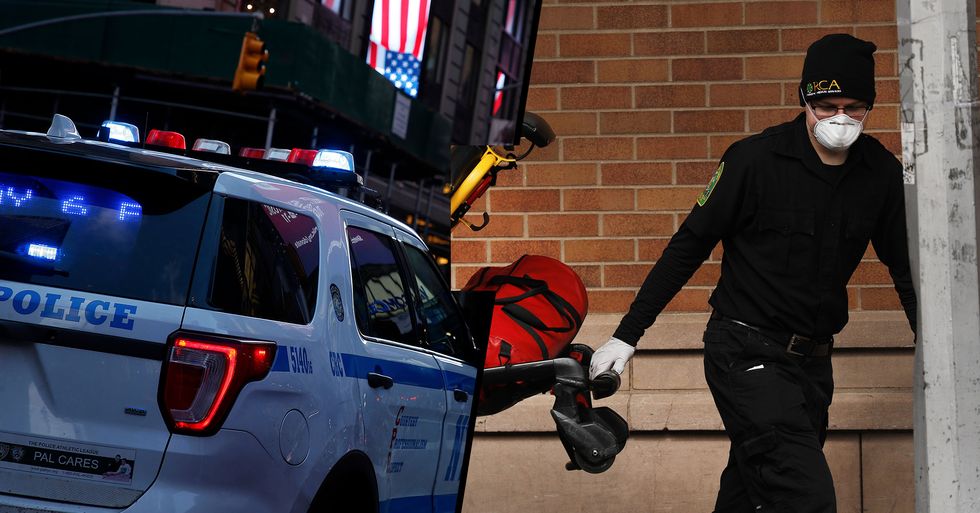 Heartbreaking news has come in today of a former NYPD sergeant who passed away after forcibly discharging himself from hospital.

He was reportedly dissatisfied with the level of care he was receiving and was found near the intersection of East 77th Street and Park Avenue at 6am Monday morning.

And the USA hasn't been faring much better.

As it stands, in the States a terrifying number have been infected with the virus.

And now a tragic story has come from New York City.

A former NYPD Sergeant has dropped dead near the intersection of East 77th Street and Park Avenue at 6am Monday morning after forcibly discharging himself from hospital.

The hospitals of the city are feeling the pinch.

And it seems the officer had had enough.

Sgt. Yon Chang had taken himself to Lenox Hill Hospital.

But he wasn't there for long before walking out once more.

Chang had served on the NYPD for 20 years.

And he spent bis last 8 of them as a sergeant before retiring in 2014.

His exact cause of death is still not confirmed.

Although an autopsy should deliver those results soon.

"It is with much sadness that I announce the passing of Retired Sgt. Yon Chang, 56, of the 17 Precinct from Coronavirus on April 6, 2020."

"Please keep Sgt. Chang and his loved ones in your thoughts and prayers during this difficult time and continue to be vigilant in all that you do as we battle this global pandemic," the Sergeants Benevolent Association stated.

New York has been hit horrifically by the virus.

And with the current behavior of certain individuals, it doesn't look set to be getting any better ...