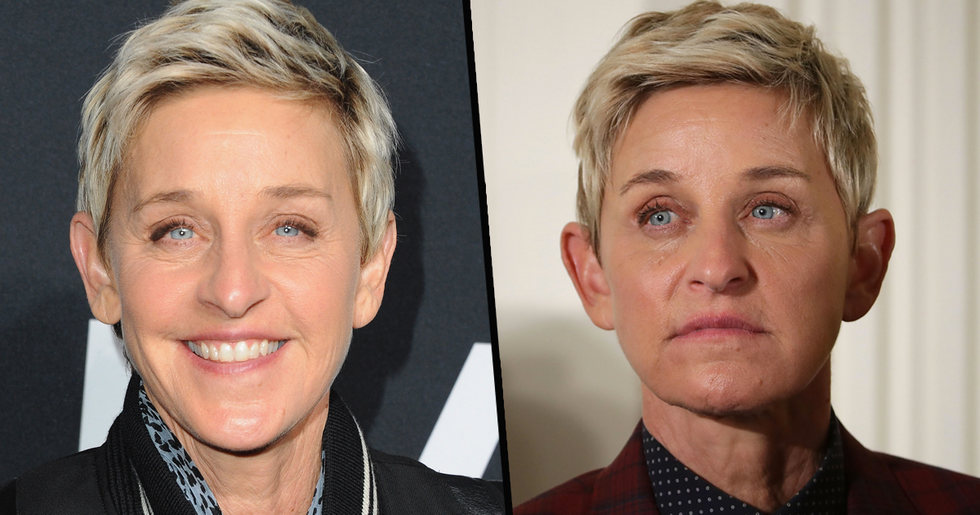 Ellen DeGeneres hasn't had the best of years, what with all the sinister rumors and stories from people who have met her finally coming to light.

But even after the hashtag #RIPEllen started trending online, a group of former employees have now come out and revealed some horrible truths about the toxicity that goes on behind the scenes, referring to it as "racist" and "intimidating."

Read on to see all the horrendous things that went on backstage...

The infamous host of The Ellen Show has been batting off accusation after accusation... But now she might have met her match after a group of her former employees rally around together to reveal the "truth" about Ellen Degeneres.

For years now, rumors about DeGeneres' true personality have been rife.

I'm sorry, but there isn't enough money in the world that would ever encourage me to do that. Thank you, next.

She has no respect for her current staff.

But strangely, the hashtag, #RIPEllen also trended a few weeks ago.

No, I am not making this up. It's a little bit much, right? But treating your employees like s*** is also not acceptable.

But they revealed that it wasn't just Ellen Degeneres that was the cause of the toxicity, there were also other bosses and managers that made their lives much more difficult on set.

"I'm sorry, I only know the names of the white people who work here." The employee also claimed a producer commented on her and another Black employees' hairstyles, allegedly stating: "Oh wow, you both have box braids; I hope we don’t get you confused."

"Whenever I brought up an issue to my white male boss, he would bring up some random story about some random Black friend that he had and how they managed to get over stuff," she said. "He would use his Black friend as some way to say, "I understand your struggle," but it was all performative bullshit."

And during the Black Lives Matter movement, it seems as though some of the managers regretted their actions...

She told the outlet that one of them had reached out to her in the past couple of weeks and apologized for not being a good ally to her.

Even though some of them didn't mention Ellen Degeneres directly, they claimed she should take responsibility.

"If she wants to have her own show and have her name on the show title, she needs to be more involved to see what’s going on," another employee explained. "I think the executive producers surround her and tell her, 'things are going great, everybody’s happy,' and she just believes that, but it’s her responsibility to go beyond that."

But it seems as though she didn't take it upon herself to do that.

However, one former employee suggested the executives and other senior managers were to blame. "The issue is these three executive producers running the show who are in charge of all these people [and] who make the culture and are putting out this feeling of bullying and being mean," the source said. "They feel that everybody who works at The Ellen Show is lucky to work there, ‘so if you have a problem, you should leave because we’ll hire someone else because everybody wants to work here.'"

Some of them also mentioned that they were fired for taking medical or bereavement days.

These claims have hit the host hard in what has already been a very turbulent year for her.

"Over the course of nearly two decades, 3,000 episodes, and employing over 1000 staff members, we have strived to create an open, safe, and inclusive work environment," they said. "We are truly heartbroken and sorry to learn that even one person in our production family has had a negative experience. It’s not who we are and not who we strive to be, and not the mission Ellen has set for us. For the record, the day to day responsibility of the Ellen show is completely on us. We take all of this very seriously and we realize, as many in the world are learning, that we need to do better, are committed to do better, and we will do better." Let's just hope it does get better. Keep scrolling to see one of Ellen Degeneres' most questionable relationships...