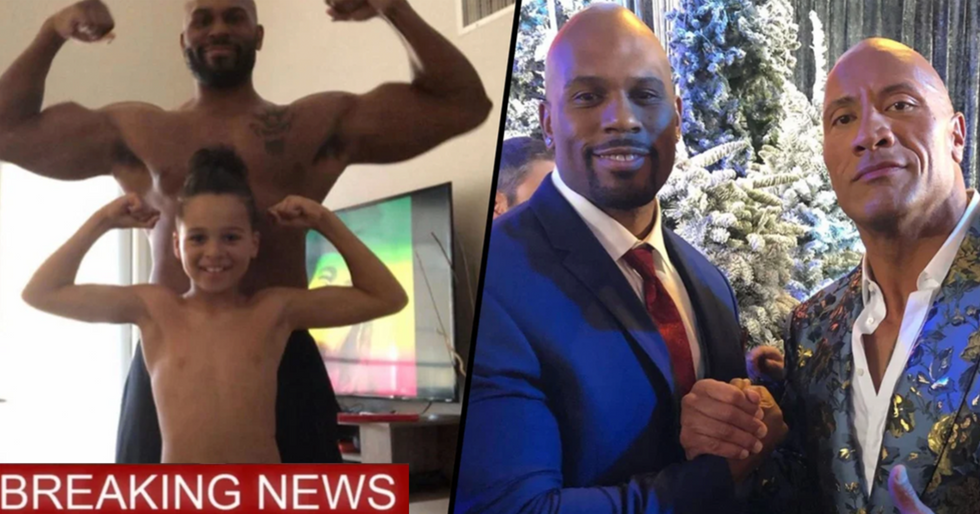 The tragic news has just come in that ex-WWE star Shad Gaspard has been found dead on Venice Beach, just 3 days after being declared as missing.

Keep scrolling to find out more about this heartbreaking turn of events...

The news has just come in that Shad Gaspard has tragically passed away after going missing in the waters at Venice Beach 3 days ago.

He was out swimming with his 10-year-old son who was thankfully rescued from the waters.

The thirty-nine-year-old is originally from New York...

And he is best known for his career as a professional wrestler and actor.

He has spent his entire life participating in heavy-duty sports...

Since the age of 5, Gaspard has been training in boxing and a mixture of martial arts such as Judo, Jeet Kune Do, Kickboxing, and Muay Thai.

At high school, Gaspard went on to play basketball...

And he also worked on the side as a bodyguard for several famous faces, such as Britney Spears, Puff Daddy, and Mike Tyson.

A few years later, he decided he wanted to be a professional wrestler.

After being disqualified in 2002 from Tough Enough 2, he was recruited by WWF which is what pushed him into the spotlight.

And 2 years later, he was signed to a developmental contract by WWE.

Over the years, Gaspard had an on-and-off relationship with WWE...

And even though he retired from wrestling in 2010, he cemented himself as a very popular figure in the wrestling world.

Gaspard went on to pursue a career as an actor...

He has appeared in movies and TV shows such as Get Hard, Think Like A Man Too, The Game, and From Dusk Till Dawn: The Series.

Gaspard and his son are very close...

And as you can see, this young boy is clearly his father's son.

But tragedy struck on Sunday the 17th of May...

Gaspard was swimming at Venice Beach with his son along with a group of swimmers when they were caught in a strong rip current at around 4 pm, TMZ reported.

But the ex-wrestler was quickly dragged out to sea.

Divers were sent in to scour the area along with helicopters to search from above.

One witness at the scene told TMZ that when lifeguards raced into the ocean, Gaspard directed rescuers to help his son first, which they successfully did.

But our worst fears have just been confirmed.

3 days after being declared as missing, the body of Shad Gaspard was found washed up on Venice Beach.

His body was first spotted by a citizen at around 1.30 am today.

@MarioFOXLA @FOXLA @GDLA @LACoLifeguards God Bless him, he is a hero for saving his son..he definitely has his angel wings.
— Tawny Italian (@Tawny Italian)1589983030.0

It has been assumed he died from drowning, but we are still waiting on the official reports.

Our deepest condolences go out to his family during this unimaginable time.