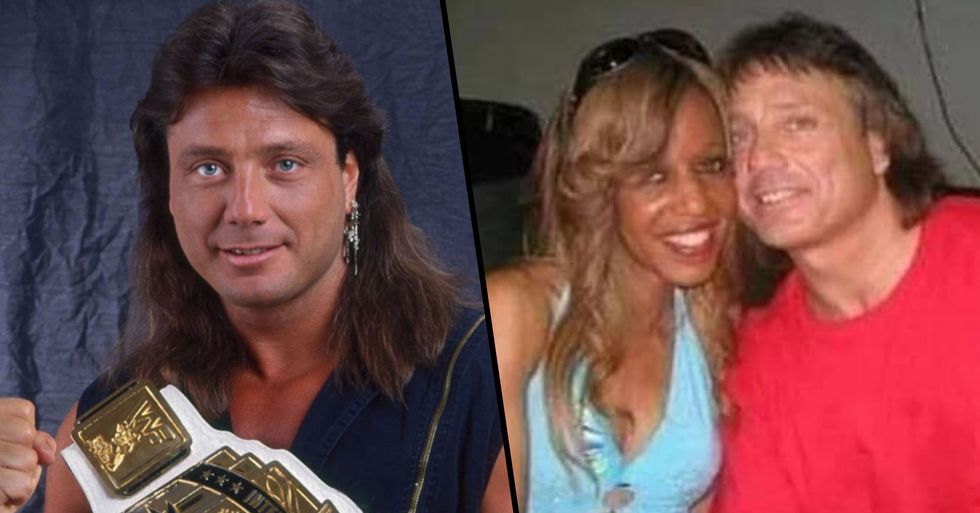 We all know Marty Jannetty isn't the most level-headed of men, but in today's most WTF news, it appears he's just confessed to murder in a Facebook status...

The WWE is known for being a little crazy.

Since it's beginnings in 1953, the world of professional wrestling has been a rather out-there place to be.

It's the largest wrestling promoter in the world.

Holding over 500 events per year!

It's also given us some total characters.

Wrestlers are an undeniably funny bunch.

WWE fits into that strange category of "sports entertainment."

But hey, we can't deny, it is entertaining.

But outside of the ring, things can sometimes get even weirder ...

And one wrestler who always stands out from the rest?

It has to be Marty Jannetty.

He was part of tag team The Rockers, alongside Shawn Michaels.

But alongside his wrestling career?

Janetty's spell in the public eye has been marred by controversy.

For example, his 2016 lawsuit against the WWE.

Jannetty claimed he had suffered many grievous brain injuries during his tenure.

And who could forget that weird incest story?

Back in 2017, Jannetty asked on Facebook if it was ok to sleep with his daughter if he found out they weren't biologically related. Yikes.

But this latest Marty Jannetty move?

The star took to Facebook to make an absolutely wild confession.

"I never told no one this, even my brother Geno..cause Geno would’ve killed him, and I didn’t want my brother gone,,hell he’d only recently came home from Viet Nam," he started.

"I was 13, working at Victory Lanes bowling alley, buying weed from a f-g that worked there..and he put his hands on me..he dragged me around to the back of the building..you already know what he was gonna try to do."

"That was the very first time I made a man disappear."

"They never found him..they shoulda looked in the Chattahoochie River."

Yes, you read all that right. A confession of murder, in a Facebook status. Wow.

"But Winnie(the girl in these pics) I likes you so damn much, probably my favorite."

"But I promised myself way back then, nobody would ever hurt me again..that includes you..I loved you but you hurt me with your f–kin Jamaican jealousy..you can go your own way, I don’t need you."

And, needless to say, Twitter has gone crazy at this bizarre news.