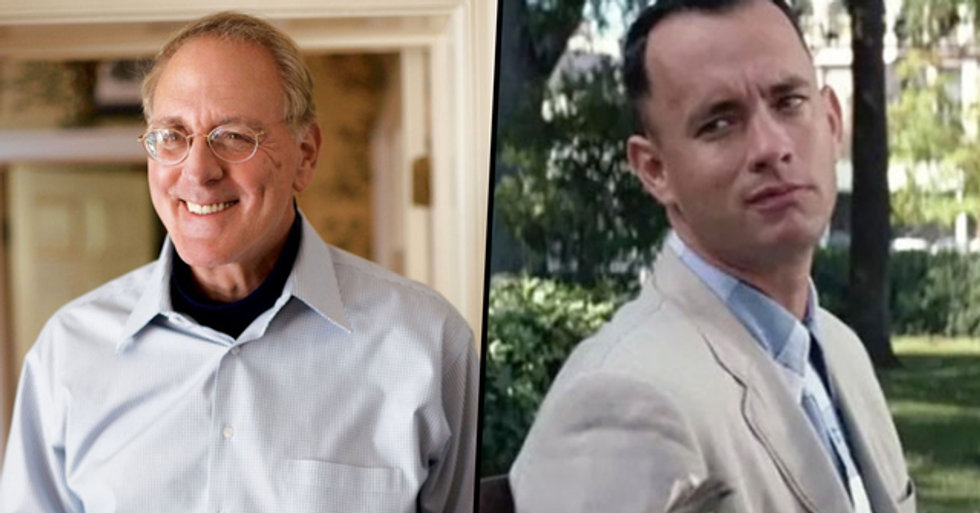 It has been confirmed today that Winston Groom, the author of the renowned novel, Forrest Gump, has sadly passed away.

The world has lost a tremendous writer.

At the age of seventy-seven, Winston Groom has tragically passed away.

Groom lived one hell of a life.

The talented writer grew up in Mobile, Alabama, and graduated from the University of Alabama in 1965.

But, before he could focus on his career as an author...

Groom served some time in the military. According to the university, he served in the Army's Fourth Infantry Division from 1965 to 1969, which included a tour in Vietnam.

Upon his return from the war, Groom threw himself into his writing...

With his primary success laying within his critically-acclaimed 1986 novel, Forrest Gump, which was later adapted into a film starring Tom Hanks.

The movie catapulted the tale of Forrest to unprecedented levels of fame...

And went on to win 6 Oscars.

However, many argue that Groom's novel was a better and "richer" version of the tale.

Don Noble, University of Alabama professor and 40-year friend of Groom's, told The Tuscaloosa News that the novel was 'darker' and 'richer' than the movie. He said: "You can make a lot of money as a comic writer, but you can't get no respect. But Forrest Gump is really actually quite a fine novel. It's more subtle and more complicated... Richer than the movie."

Fast forward to today, Forrest Gump remains as one of the most successful movies of all time...

So it comes with a heavy heart that we announce the passing of the man behind the story.

Since the news broke, tributes to Groom have been flooding in...

As people come together to pay their respects to the talented author.

Sorry to hear this. Groom's books were different from the classic film, even though I preferred the cinematic take… https://t.co/Dps1uPXgP2
— Greg Brian (@Greg Brian)1600404955.0

His passing was announced by his family...

They approached Karin Wilson, the mayor of the novelist's hometown of Fairhope, Alabama. Wilson told CNN: "I don't have any details right now, but he did die (Wednesday) night. We are extremely sad to hear this. He is definitely an icon here."

"It is with great sadness that I share the passing of our dear friend Winston Groom. The City of Fairhope has lost an iconic author today. Please keep his friends and family in your thoughts and prayers."

His official cause of death is yet to be confirmed.

Rest in peace, Winston Groom. To remember the other lives lost this year, keep scrolling...