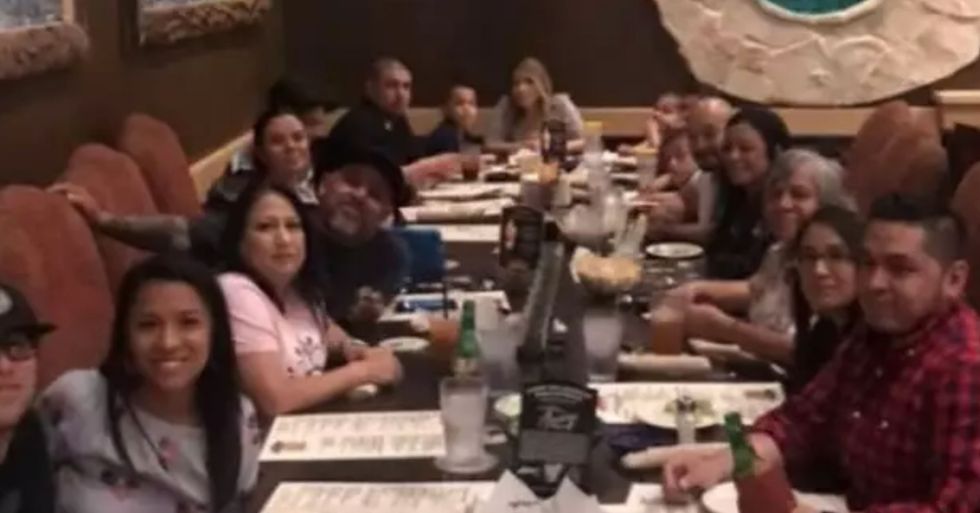 This pandemic is far from over...

And many people are reaching the end of 2020 with friends and family no longer with us.

And in the majority of U.S. states, this is now the case.

It's all about being vigilant...

And even though lockdown restrictions are being eased, this doesn't at all mean that things are back to normal.

And one family recently learned this the hard way.

Tony Green and his partner, who are from Dallas, Texas, have spent the last 4 months in lockdown away from the rest of their family.

Back in June, Tony felt that it was time for a big family reunion...

And he decided to host a small backyard barbecue for fourteen of his closest family members.

None of the family members who attended the bbq felt ill...

But it just goes to show how easily this virus can be spread as all fourteen members later fell unwell with the coronavirus.

They all tested positive within days of the gathering...

And sadly, one family member has since passed away and another remains to be on a ventilator.

It was Tony's partner's grandmother who passed away...

And it is his father-in-law who is currently on the ventilator.

Speaking to Fox4 News, he said, "Everyone has reassured me that it's not my fault." "I feel like I'm the host. And even though we don't know who had or what, it spread because I had this idea to get together. I'm having a difficult time with that."

It took this terrible turn of events for Tony to realize the severity of the pandemic.

"I admit I voted for Donald Trump in 2016. I admit traveling deep into the conspiracy trap over COVID-19," he explained. "All the defiant behavior of Trump's more radical and rowdy cult followers, I participated in it. I was a hard-ass that stood up for my 'God-given rights'."

He used to believe that the pandemic was just one big hoax...

"In great haste, I began prognosticating the alphabet soup about this. I believed the virus to be a hoax. I believed the mainstream media and the Democrats were using it to create panic, crash the economy and destroy Trump's chances at re-election."

Tony didn't at all consider the huge risk that came with hosting a gathering...

"We just felt the worst was behind the country because everything was easy, things were reopening and none of us were experiencing any symptoms," he then said.

If this doesn't prove the continuous dangers of this pandemic, then we don't know what will.

Our thoughts and condolences go out to Tony's family during this difficult time. Keep on reading to learn about the 9-year-old in Florida who sadly died from the deadly virus...