'Fox Dogs' Are Pomeranian-Husky Mixes and They're Perfect | 22 Words 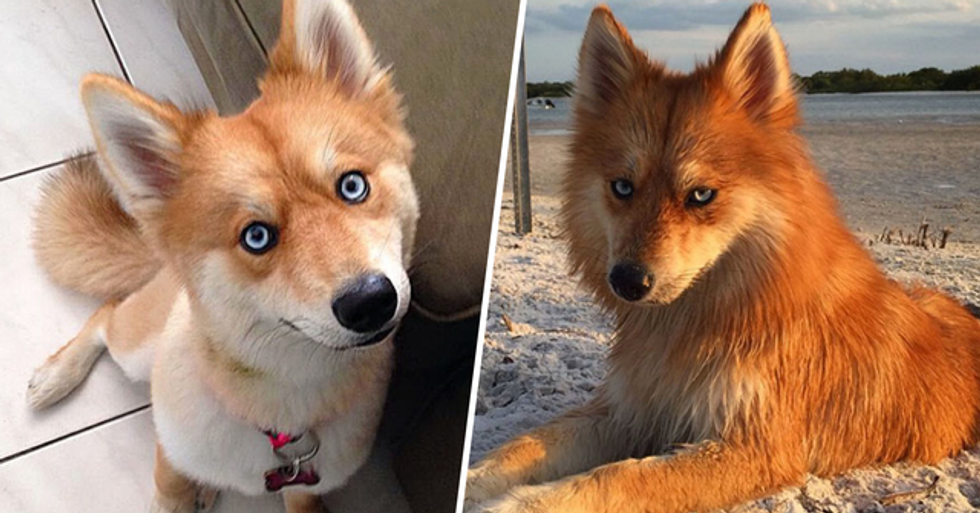 'Fox Dogs' Are Pomeranian-Husky Mixes and They're Perfect

But the latest breed to go viral might just be the cutest yet...

But what's cuter than a dog?

Two dogs in one, of course. Doggy cross-breeds are pretty hard to beat.

Check out the Pitsky.

Or how about the horgi?

This is a husky and corgi mix - duh!

This guy is unbelievably cute.

This is then yoodle - a cross between a Yorkshire terrier and a poodle.

And the cormation is just a feast for the eyes.

This guy is a corgi and dalmatian combo.

But the latest cross-breed to go viral?

Well, it might just be the cutest we've ever seen ...

You might be thinking she's a fox - but you'd be very wrong.

That's a pomeranian crossed with a husky, FYI.

The combination is fairly rare.

Which explains why Mya has gained such an online following ...

She lives in South Florida.

But she loves to travel - as her Instagram shows!

She's such a looker.

Whether she's chilling on the couch ...

Or going for a hike.

She looks great in every situation.

Here she is as a pup.

Our hearts are melting.

We want to play!

You'd certainly get a lot of attention.

Mya sure knows how to pose.

She's basically the dog version of an Instagram model.

She makes every photo cuter.

Which is a pretty unique talent.

But even when she's not in front of stunning scenery...

She's absolutely one of the most photogenic pooches online.

We want our own Mya!

Surely there have to be others that are just as cute?

Want more cute animal action? Scroll on for the kittens who look just like baby werewolves ...