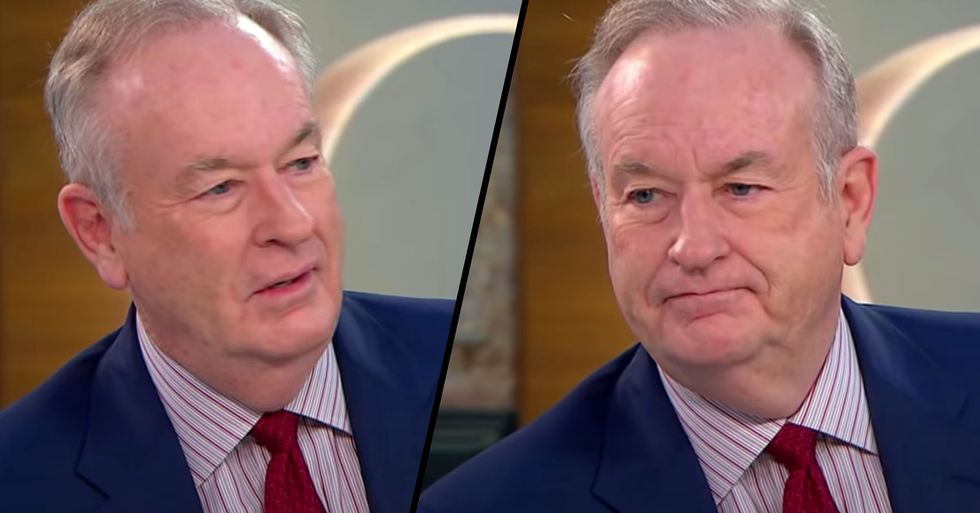 The entire world has come to a standstill thanks to the rapid spread of the deadly virus.

Millions are now infected and the death rate continues to rise, but Bill O'Reilly has decided to make some rather insensitive comments about those who are dying.

Keep scrolling to the huge backlash he has received for outrageous comments...

In a last-ditch effort to slow down the spread of the virus, countries and major cities all over the world have gone into full lockdown.

The pandemic has been spreading at an alarming rate...

And now, over 1 million people globally have been infected with the virus and a further 96,791 people have tragically died.

Due to how easily the virus is spread, remaining isolated is the safest option for many...

But many governments around the world are encouraging us to take this extremely seriously.

As boring as it is staying indoors, it is potentially saving hundreds of thousands of lives by doing so.

There have been many rumors surrounding the number of people dying from the virus...

And many have been saying that you can only die from the virus if you are either elderly or you suffer from underlying health conditions.

It is, of course, undeniable that vulnerable people are at the highest risk...

But this shouldn't be seen as a blessing by younger people, who are still able to contract the virus, pass it on, and also suffer from complications.

However, Bill O'Reilly has made some rather controversial comments recently about the victims of the virus.

Bill O'Reilly is best known for his previous position as being a host for FOX News, but a lot of controversy surrounds the former news anchor after a series of sexual assault lawsuits were filed against him over the last few years.

He was also accused by his own daughter of being domestically violent towards his wife...

All of which he denied, of course.

O'Reilly is yet to be found guilty and he continues to be an active political figure...

And his controversial comments came during a conversation with FOX News’s Sean Hannity on Wednesday as the number of U.S. deaths from the disease neared 15,000.

The pair were discussing social distancing...

"Many people who are dying, both here and around the world, were on their last legs anyway," the former news anchor said.

Sean Hannity cautioned, "You’re going to get hammered for that," to which he replied that he did not care. "You mean people that have underlying conditions and that have compromised immune systems."

And many have been taking to Twitter to remind the world of what O'Reilly is really capable of.

He has been labeled as a "disgrace"...

And many have found his comments to be insensitive and offensive.

O'Reilly needs to face the consequences of his actions...

What @BillOReilly said about Coronavirus victims: “Many people who are dying, both here and around the world, were… https://t.co/ihuSMjFRhV
— Ricky Davila (@Ricky Davila)1586466398.0

And not only of his words but also of the vile crimes that he has committed over the years.

In the meantime, keep scrolling for the most recent pandemic updates...