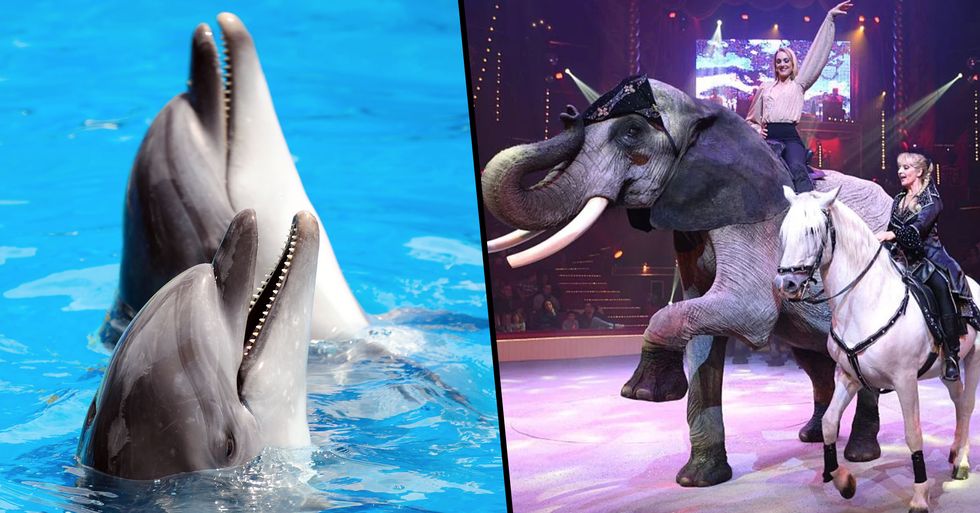 France To Ban Use of Wild Animals in Circuses, Orca Breeding, and Mink Farms

France is changing its attitude towards wild animals.

This is a big win for those fighting for animal rights...

And will completely change the country's use of wild animals in several industries.

And cruelty can be inflicted on not only domestic animals...

But also on wild animals.

One of the biggest problems with the cruelty of wild animals is the entertainment industry.

Circuses traditionally used wild animals as performance props, and it was realized a few years ago that this treatment is not okay.

These poor, unwilling animals spend their lives in fear...

They are forced to perform tricks and they live in inhumane conditions, causing a lot of fear and stress.

Despite an animal's constant distress and pain...

The companies behind these circuses care about nothing but the profits, so sadly, many circus animals will eventually die in these makeshift prison cells.

Even though many circuses now ban the use of wild animals...

There are still companies around the world who continue to use wild animals against their will.

There are currently an estimated five-hundred wild animals in French circuses alone...

But now, officials in France have taken action.

The country is set to ban the use of wild animals in circuses.

And that's far from all the new measures will achieve.

As per the Le Monde, Ecological Transition Minister Barbara Pompili announced the new measures today, stating that the country has to change its "attitude to wild animals."

During a press conference, Pompili said: "It is time that our ancestral fascination with these wild beings no longer translates into situations where their captivity is favored over their well-being."

The new measures will mean that France's 3 dolphinariums will also be impacted.

The facilities will no longer be able to breed new dolphins or killer whales - or have any imported in from other countries. Pompili added that the use of wild animals in traveling circuses will cease "in the years to come."

She stressed, however, that the animals can obviously not simply be "released."

"Solutions will be found on a case-by-case basis, with each circus, for each animal," she explained.

The country is following in the footsteps of more than twenty other European countries who already limit or ban the use of animals in circuses...

But, the new measures reach far beyond animals used in the entertainment industry.

As well as this, the minister announced an aid package of $9.3 million to help circuses and dolphinariums adapt to the new bans.

Pompili didn't reveal a specific roadmap for the implementation of these measures.

And it's currently not known what sort of timeline we are looking at for these bans.

She spoke about this issue with press:

"Setting a date doesn't solve all the problems, I prefer to set up a process to make it happen as quickly as possible."

"We are asking (circuses) to reinvent themselves," she said, adding: "It will be a time when they will need support, and the state will be at their side."

These new measures are such incredible news!

And highlight just how far we've come in terms of our attitudes to wild animals and animal cruelty. To find more about this topic, scroll on to read about the circus using holograms instead of animals...