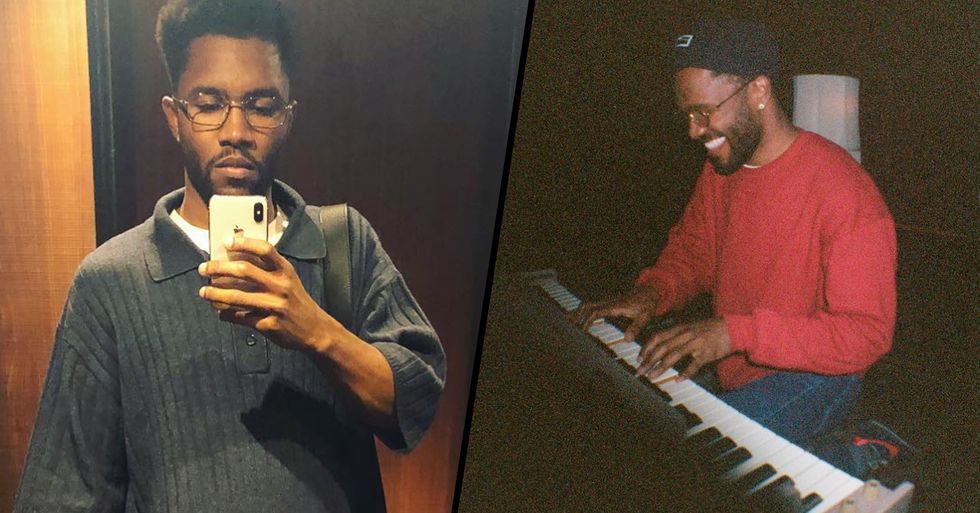 Frank Ocean has firmly cemented himself as one of hip hop's few unique creative forces - and racking up the huge fanbase to show for it.

4 years on from the release of his second studio album, Blond,  it looks like we're in for some new music...

Keeps scrolling for all the details on the exciting news.

Frank Ocean burst onto the music scene nearly a decade ago.

Things began to really ramp up when he joined the hip-hop collective, Odd Future in 2008.

The star delivered hit after hit, and that was certainly no exception when it came to his second studio album.

But, since the release of Blond...

Things have been fairly scarce on the music front.

There doesn't appear to be any signs of a new album yet.

But the star has been releasing singles.

But now, the wait for new music is over.

Back in October, the star debuted 2 new tracks at his PrEP+ club night in NYC.

Sadly, it seemed it was a one-off thing.

Especially seen as neither of the tracks had made it onto streaming services.

Last week, fans were able to order 7-inch vinyls of the tracks, which also featured remixes from Justice and Sango - which appear to have just arrived.

But for those who didn't manage to get our hands on it...

It seemed like we'd never get the chance to listen.

But today our prayers were finally answered.

The acoustic versions of both songs, "Cayendo" and "Dear April," have now been uploaded to streaming services. This really couldn't have come at a better time... happy listening! Eminem recently released new music, although one of the tracks is causing a serious stir. Keep scrolling for the full story…