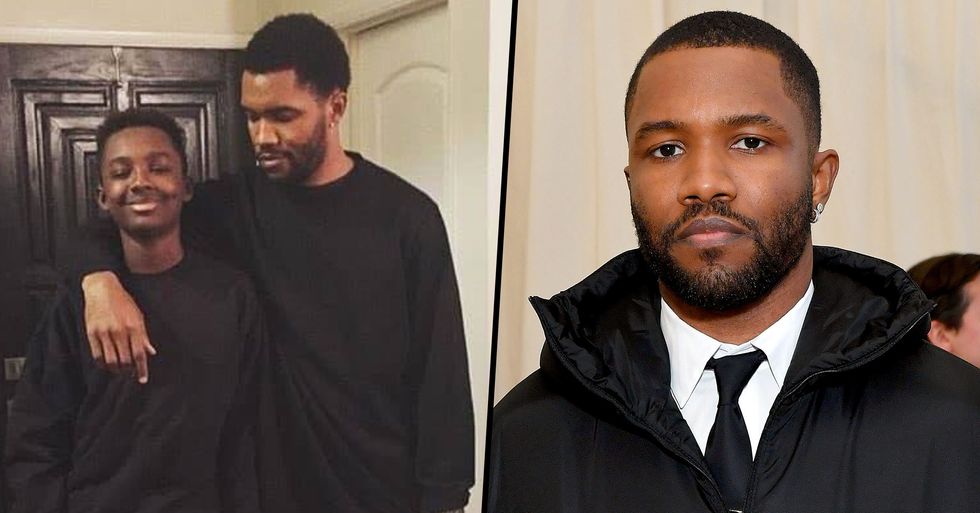 Authorities have now spoken out following his death.

He was just eighteen years old.

For those who don't know, older brother Frank Ocean burst onto the music scene nearly a decade ago.

Things began to really ramp up when he joined the hip-hop collective, Odd Future, in 2008.

Today, however, some devastating news has surfaced.

Reports say that the Ventura County Fire Department was called to an incident in the early hours on Sunday morning.

The team responded to a single-vehicle traffic collision at around 1:33 am.

When the authorities arrived on the scene, the car was said to be engulfed in flames.

And both Breaux and his friend were pronounced dead at the scene.

In a press release, the Ventura County Sheriff’s Office revealed more details on the crash.

"The vehicle appeared to leave the roadway and collide with a tree in the center median."

While the victims have been named on social media...

Authorities are yet to officially reveal their names.

As news of the tragedy spread...

Frank Ocean fans have been taking to social media to pay tribute to the teen.

The news came as a huge shock to everyone.

"Rip Ryan Breaux, you were so talented and funny, & you made my friends feel loved, and that means a lot. you gave out nothing but good energy. this s**t is heartbreaking."

Several of Breaux's friends have been paying tribute.

Everyone has been left heartbroken by this tragic loss.

One friend remembered him as a "genuinely sweet soul."

And sent their condolences to his family.

Authorities are currently still investigating the cause of the crash.

Ocean is yet to comment on his brother's tragic death.

Our thoughts are with his friends and family at this unimaginable time. To read about other stars we've tragically lost this year, scroll on.