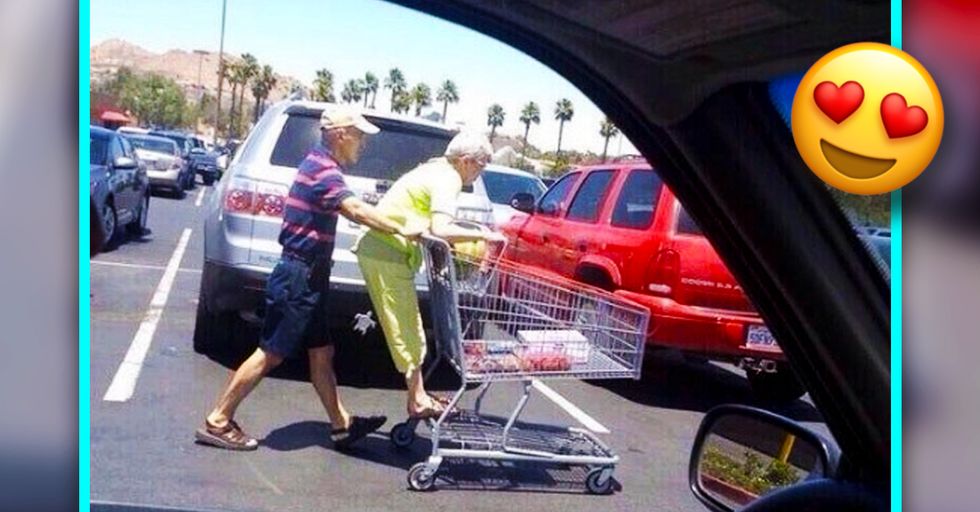 At the end of the day, we're all just looking for someone to love.

Some people have things a little more figured out than others.

May you someday be this lucky in love.

These couples have undoubtedly found their other half, and they are giving us some hardcore #CoupleGoals.

There's a better question you should be asking.

What's wrong with you?! 'Cause there's clearly nothing at all wrong with your sister and her husband. These two have got their lives figured out better than 90 percent of people in the world.

It doesn't matter what age you are.

You're never too old to ride on the grocery cart.

This couple went to a ComicCon, approached random people dressed up as Batman, and fell to the ground in this pose.

What have you and your significant other done lately?

Some people borrow their significant other's shirts or sweaters because they're extra comfy.

To take it to the next level, just buy your own copy of their clothes. Everybody's happy! If you ever see a man wearing the T-shirt from this next picture, you'll know exactly what to do...

This is the kind of brilliant solution that can only have been thought up by the people who lived before the time of cell phones, SnapChat, and texting.

They're clearly doing it right.

Find you a partner who will feed you chicken nuggets whenever you need them.

Once you've done that, you will have achieved ultimate couple status.

This couple had their first date a Taco Bell...

It was complete with actual tablecloth, real silverware, and table service performed by the guy's friend. I can only assume they're happily married now.

Think they have room for one more person?

These two have not only figured out how to have fun at any age, but also how to make the most of any transportation method.

Just looking at this picture is making my whole heart smile.

It's so great to see people of any age with an incredible sense of humor. This next couple is #CoupleGoals and #LifeGoals

The next time someone asks me what I'm doing this weekend, I'm going to show them this picture and say nothing else. If they don't get it, they are not invited.

When you've been with someone for a long time, it can be tricky to think of ways to keep the spark alive.

This should do the trick, though.

I'm not crying; you're crying!

Now that we've started crying, I'm not sure I'll ever be able to stop.

This is probably the sweetest thing I've ever seen in my life.

If this one doesn't give you hope for the world, then probably nothing will.

The couple from the 1969 Woodstock album cover is still together and happy. And now for a couple's costume that isn't super cringey...

Sometimes you just have to twin.

Most couple costumes are a little sappy or cause you to roll your eyes. This one, though? It really shines.

I hope that I'll someday have a set of matching T-shirts like this with my partner. That's true love, folks.

This is basically everything.

Here's another couple costume that is more brilliant than any I've ever seen in the wild.

But it's way better for everyone watching if you settle your disagreements like this.

Aaaand there you have it, folks.