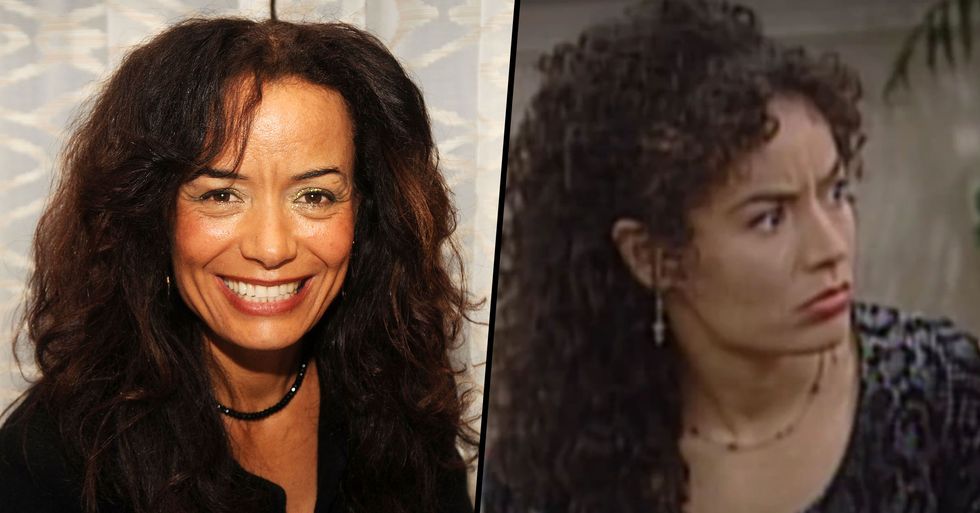 The tragic news came in today that the Fresh Prince of Bel-Air actress Galyn Gorg passed away at the age of fifty-five and now, her cause of death has been revealed...

Galyn Gorg has sadly passed away.

She was only fifty-five.

And she was raised in a family full of actors and actresses.

She was raised in Hawaii...

And the actress went on to major in liberal arts at Santa Monica City College.

Galyn's career started with her dancing...

Trained in the styles of jazz, ballet, Haitian, Afro-Samba, Afro-Cuban, West African, hip-hop, hula, and funk, she trained with the Roland Dupree Dance Academy and the Alvin Ailey Summer Program.

Galyn went on to work with choreographers such as Debbie Allen, Michael Peters, and Marguerite Derricks.

She then studied acting with, among other groups, Improv for the People, The Groundlings, and the Pacific Resident Theater.

Her first few years of working in film and TV spanned across several countries...

These include the Middle East, Italy, Mexico, New Zealand, Canada as well as other parts of the world.

She acted in TV shows such as It's Your Move, The A-Team, and Amazing Stories.

She starred in Robocop 2 which gained her more exposure in Hollywood.

And that was in The Fresh Prince of Bel-Air.

She appeared alongside Will Smith as Helena the boxer...

And even though her appearance was only brief, it was a very impressive role to land.

She went on to star in other productions following this appearance...

Including in Star Trek: Voyager, Parks and Recreation, and How To Get Away With Murder.

It has been confirmed that Galyn has passed away at the age of fifty-five.

A GoFundMe page that was set up by her family to help towards funeral costs read: "Galyn Gorg was and is a huge part of our family, she means so much to every one of us."

Tributes have been flooding in since her death was announced...

And it's clear that this terrible news has come as a huge shock.

She passed away just before her fifty-sixth birthday...

And she has left behind her family who loved her dearly.

Fans will miss her dearly.

This is heartbreaking news.

This friend claimed it was "such sad news."

He described her as "a wonderful woman."

A lot of other people also had similar reactions.

It has been hard for fans to stomach.

But hopefully, she's in a much better place now...

The word has truly lost an angel.

And as for the cause?

It turns out that the actress has been battling cancer for the last year. "She was diagnosed with cancer throughout her entire body and lungs. The doctors claimed she only had days maybe a week to live," her GoFundMe page read.

Her family spent a lot of money traveling to Hawaii to visit her in her final months...

And that is why they're asking for kind donations to be made that will be put towards the funeral costs.

It is an unbelievably difficult time for her family right now...

And our hearts go out to them as they mourn this terrible loss.