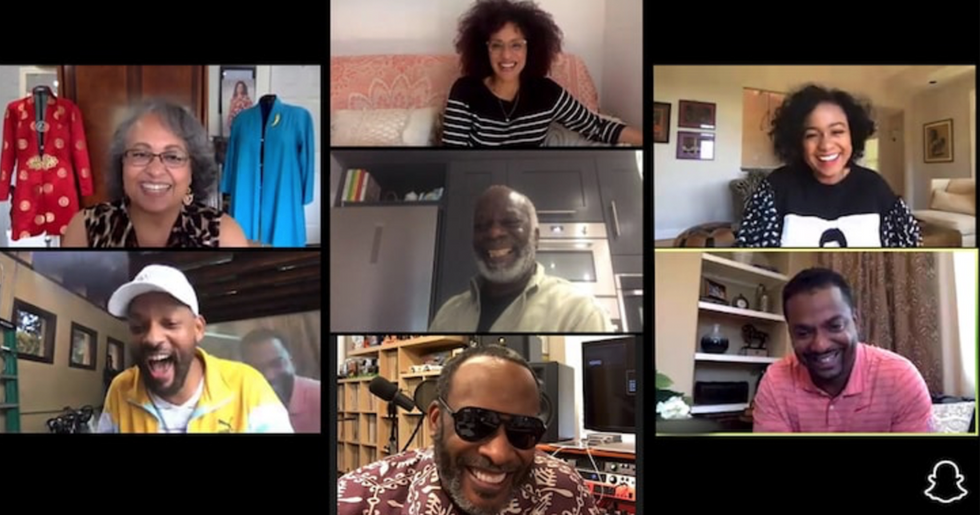 Will Smith has just held the first-ever Fresh Prince of Bel-Air reunion on his Snapchat show and fans are totally living for it.

Keep scrolling to check out the Banks family back in action...

The fifty-one-year-old actor has forged a very successful career for himself over the years... including a die-hard fan base.

But thanks to Will, we have recently been graced with something almost as good.

During the global pandemic, Will has been hosting a Snapchat show called Will From Home...

He has been wrapping up the show this week with a 2-part finale and he invited the cast of Fresh Prince for a special reunion.

We have never felt as nostalgic as this...

Alfonso Ribeiro, Tatyana Ali, Karyn Parsons, Daphne Maxwell Reid, Joseph Marcell, and DJ Jazzy Jeff all made an appearance, marking the first-ever time they had all been reunited together.

Fans have been left ecstatic over the reunion.

Fans have hailed the reunion as their "favorite quarantine moment"...

Which we totally agree with, by the way.

And make sure to head over to Will's Snapchat account to check out the full series.