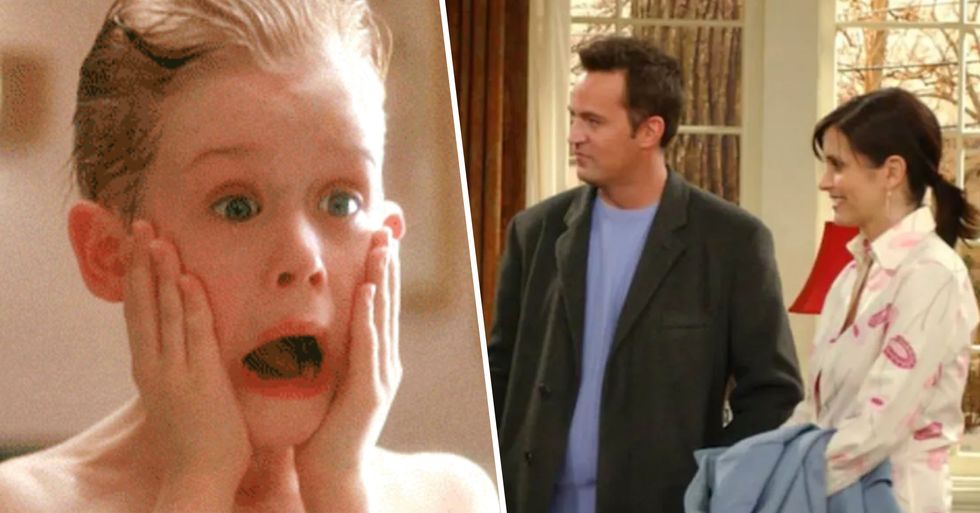 Ever watched something on TV and felt that what you were watching looked awfully familiar?

Well, Friends fans have just realized that the house Monica and Chandler bought is exactly the same as Kevin McAllister's from Home Alone! Read on to find out more about this strange coincidence...

You won't believe the pics!

The cast has confirmed in the past that a reunion is incredibly unlikely...

Along with the channel releasing all 10 seasons of the sitcom for viewers to watch on-demand. But due to the global pandemic, the Friends reunion was called off "indefinitely," just a week before filming was set to take place.

All we can do is re-watch the entire 10 seasons of Friends!

Friends really is the best show to binge-watch...

And some fans have been re-watching the show that much, that they discovered something that they had never noticed before.

Who remembers when Monica and Chandler bought a lovely suburban house together in the final season?

They were just about to welcome their adopted babies into the family and the married couple were ready to move from the city into a more suburban family-friendly area.

Does anyone think that their new family home looked awfully familiar?

Well, it turns out that we've seen that very house before... and it wasn't on Friends.

It turns out that Monica and Chandler's new home is the same family home from Home Alone.

The production company, 22 Vision, publicized the connection between Monica and Chandler’s home and the McAllister’s house in the 1990 cult classic.

According to them, the houses have the exact same window view.

Of course, the inside of the house isn’t all done up in red and green like the curiously Christmas-themed house from Home Alone. However, the view out the windows of their new house is identical to the one Kevin McAllister saw back in 1990.

Fans can even see the same front door on the house across the street from the window...

Another window reveals a telltale blue and white garage door at the Murphys’ house just like the one in Home Alone. Unbelievable!

But it turns out that the house itself wasn't exactly the same as the one used in Home Alone.

It appears that the producers of Friends have simply used recycled footage from Home Alone to create that lovely suburban backdrop.

And with Hollywood being Hollywood, there's an easy explanation for this connection.

It’s apparently common for TV studios to reuse footage that already exists rather than paying to create their own, especially for inconsequential scenes like the one of Monica and Chandler in their new house.

So there you have it... Monica and Chandler were moving to the same street as the McAllister's!

For more on Friends, keep on reading to see what David Schwimmer had to say about the whole "we were on a break" fiasco...