'Friends' Monopoly Is the Perfect Gift for Superfans | 22 Words 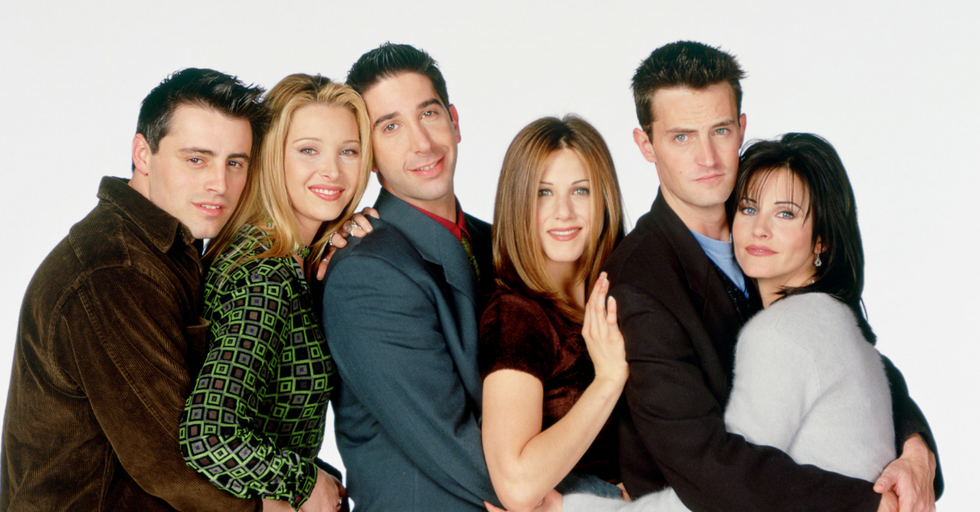 'Friends' Monopoly Is the Perfect Gift for Superfans

To this day, Friends still remains one of the most popular, iconic, and quotable shows to ever hit the small screen. Who can forget amazing moments such as the "pivot" sofa gag, Phoebe's "Smelly Cat" song and Monica’s desperate attempts to keep the apartment clean?

The show’s success alone can be seen through the amount of merch that the property is still able to produce. And like any popular franchise or tv show, Friends is not exempt from also releasing their own variation of popular and well-loved board games, joining the likes of the Game of Thrones version of RISK, or the Star Wars version of Clue – yes, that exists.

But Friends has released a different board game.

Don’t worry, you won’t have to announce that Ross killed Phoebe with Joey's dog statue in Central Perk any time soon.

And they’ve gone with a more conventional one.

Friends has instead decided to release its own variation of the financial race and horrifying life lesson that is Monopoly.

Don’t worry, you read the correctly. Now you can playMonopoly but within the whacky New York City of Friends.

And the game hasn’t changed much at all.

And if you’re a die-hard Monopoly collector, don’t worry. Because the game hasn’t actually changed all that much.

Obviously there have been some changes.

Of course, this new variation of the game does not include the usual locations and prizes.

Instead everything is Friends themed.

Instead of owning Wall Street, you can now purchase and own Monica’s flat, Joey’s boat or even Central Perk itself.

I mean, I guess you’d be able to see your favourite characters from the show a bit more.

And of course there’s the performances!

Imagine listening to Phoebe Buffay singing ‘smelly cat’ live! How awesome would that be?

But the game has not only changed the locations.

Obviously being a Friends themed board game, Monopoly understands that you may want to play the game as your favourite character.

Because a part of the game, is getting to pick a piece that represents your favourite character.

I guess the thimble was too much?

This version of the game does not come with the usualMonopoly play pieces, such as the car, the dog and the thimble.

It comes with something so much better.

Instead it comes with six completely new pieces, each one symbolising one of the six main characters.

Monica is represented in the game by her classic chef hat, reminding us what a domestic goddess she was!

Of course, Monica isn’t the only character known to love her food. But whereas she often loved cooking it – Joey loved eating it. He’s represented in the game by a open pizza box. Perfect!

Then of course there’s Rachel.

Rachel’s piece is a bit more subdued, with it being a stylish handbag. Beautifully capturing Rachel’s love and designer labels and fashion

How about the Chandler fans?

Well if you’re a massive fan of the sarcastic lawyer, then you can also play as him. This time being represented by a crisp, lawyerly shirt. I’m surprised it wasn’t a briefcase.

Then there’s my favourite, Phoebe.

Phoebe is immortalised in the form of her iconic guitar, which would definitely be the piece I’d be grabbing before starting the game.

And how about Ross?

Although I was never a Ross fan, he admittedly gets the coolest game piece of the bunch, which comes in the form of a T-REX!!!!

That’s maybe too cool for Ross. I know he was a dinosaur fan, but come on!

However one character is sadly left out.

I am sad to also report that there is no piece for Gunther.

You may laugh at that.

Some of you may be wondering why I said that, but Gunther was the only other character to appear in almost every episode of the show!

Can we also agree!

But the game proves just how popular the show still is.

Of course, fans have reacted well to the board game, especially since its release in the US. Previously the game had only been available for purchase from the UK. Strange considering the show is set in New York.

Fans have shown their love for the show and game on Instagram.

Of course fans love showing off their beautiful new piece of merchandise. Snapping pictures of themselves playing it while they also watch the tv show.

Just showing how many people love the show.

This demonstrates not only the world’s love of Monopoly, but also it’s love of Friends, which still remains a powerful beacon in the world of television sitcoms.

And the show still continues to thrive.

The show’s continuation as both a lucrative and popular franchise has also been demonstrated again this year with Netflix reportedly spending a whopping $100 million on the rights to stream the show for another year.

What does this prove?

If anything, this proves that the show is still as popular as ever, and that someone behind the scenes should really get on that reunion.

Because that thing would be a success!

Because if a reunion hit our screens in the next year, let’s face it, it would be the biggest thing to happen since Harry Potter and the Cursed Child.

So would you buy Friends Monopoly?

How many of you are considering buying the game now that you know it exists? After all, it could make the perfect Christmas present for the die-hard Friendsfan in your life.

Friends will be there for you.

And even though the show is not over, it’ll always be there for its fans. Demonstrating why they still remain to be some of the most loyal fans on the planet. Happy playing!